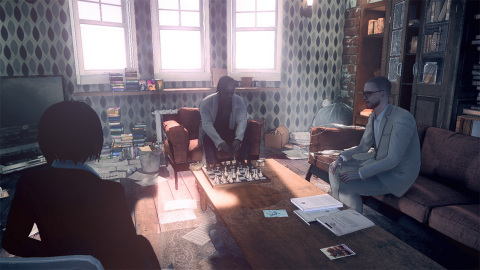 Home / 3DS / Nintendo Download: From a Dark Past to a Bright Future

Deadly Premonition 2 arrives on the Switch this week, along with Bloodstained: Curse of the Moon 2 and Donkey Kong Country.

It’s a classic kind of week

The biggest releases in this week’s Nintendo download are a little old and a little new. Not that that’s a bad thing.

Also brand new is Bloodstained: Curse of the Moon 2, though you might not know it by looking at it. CotM2 is made to look and feel like a retro-8bit title, just like its forebear. As for purely retro releases, gamers get a couple of those with the Nintendo Switch Online offerings.

Subscribers to the service receive a three pack of retro titles to play this week, including the SNES’ Natsume Championship Wrestling, the NES’ The Immortal, and of course the iconic Donkey Kong Country. That’s right, the game that kicked off DK’s second life is here for play, and for free too, if you are a paid subscriber to the Switch’s online service.

Jason's been knee deep in videogames since he was but a lad. Cutting his teeth on the pixely glory that was the Atari 2600, he's been hack'n'slashing and shoot'em'uping ever since. Mainly an FPS and action guy, Jason enjoys the occasional well crafted title from every genre.
@jason_tas
Previous Xbox’ Smart Delivery means free next-gen game upgrades
Next 7″ King Kong of Skull Island up for pre-order from Mezco