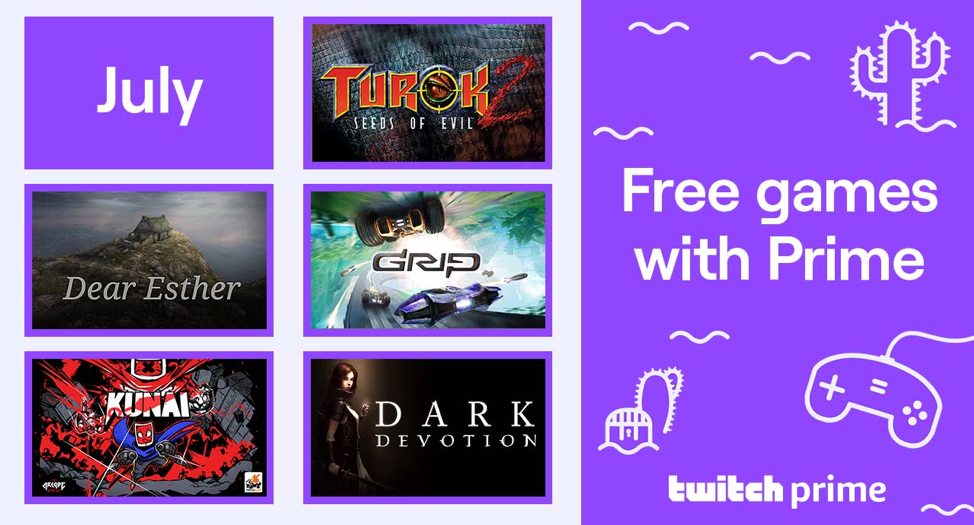 Another solid month of free games from Twitch Prime is in store for July 2020. Turok 2, Dear Esther, Grip, Dark Devotion and more.

If you’re a PC gamer, then Twitch Prime continues to be one of the best resources for free games on the platform. There are a few of those to be sure, but Amazon’s gaming service is almost in a class by itself. Yes, you do have to be a paying member, but the offerings are excellent.

That goes double this summer, with the SNK promotion. If you’re unaware, in addition to Twitch Prime’s usual monthly offerings, they’re also giving gamers periodic drops of SNK titles. We’ve had some so far, but there are even more to come.

As usual too, there’s an assortment of free add-ons for other games too. Maybe the best of those is a new Doom Eternal skin with the cosplay Slayer.

Here are the add-ons available now, and coming soon:

Jason's been knee deep in videogames since he was but a lad. Cutting his teeth on the pixely glory that was the Atari 2600, he's been hack'n'slashing and shoot'em'uping ever since. Mainly an FPS and action guy, Jason enjoys the occasional well crafted title from every genre.
@jason_tas
Previous Hasbro debuts new Star Wars Carbon-Freezing Chamber playset
Next Real-time strategy comes to Switch with Ancestors Legacy