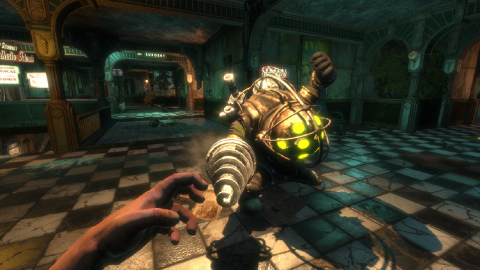 Well this is quite a week for Nintendo fans. All of the huge releases from 2K hit this week, along with Xenoblade, Shantae, Journey to the Savage Planet and more.

I have to admit that I have no idea what the title of this Nintendo Download refers too. “Really feeling it”? Unless of course, it means that Nintendo fans should be “really feeling it” this week, since their console of choice is getting a ton of new stuff to play.

All the 2K releases arrive in both a’la carte and bundled format. That includes all of the BioShocks, the XCOM 2 Collection, and the Borderlands Legendary Collection. But that’s not all, as Xenoblade Chronicles: Definitive Edition is here too.

But wait, there’s even more! Shantae and the Seven Sirens hits too, as does Thunder Force AC, Missile Command: Recharged, Five Nights at Freddy’s: Help Wanted, Journey to the Savage Planet and more! Yes, more!!! It’s quite a week.

Jason's been knee deep in videogames since he was but a lad. Cutting his teeth on the pixely glory that was the Atari 2600, he's been hack'n'slashing and shoot'em'uping ever since. Mainly an FPS and action guy, Jason enjoys the occasional well crafted title from every genre.
@jason_tas
Previous Battle armor Wonder Woman now ready for pre-order from Mezco
Next Starcraft II Protoss Carrier replica coming up from Dark Horse