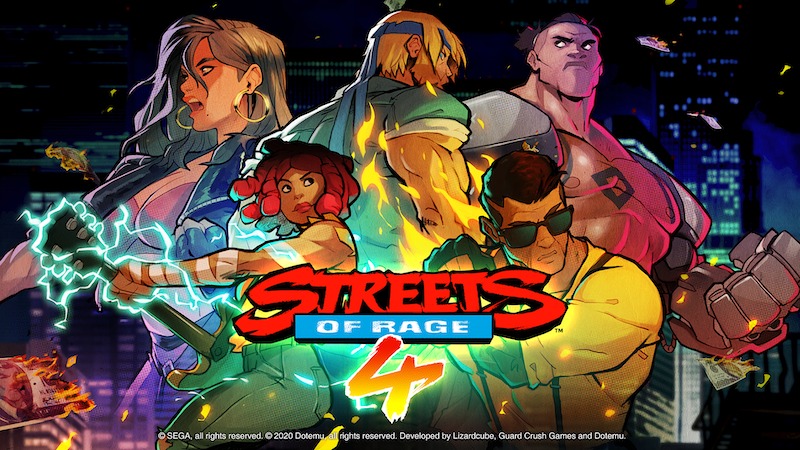 Streets of Rage 4 launching this month

Dotemu and Lizardcube’s Streets of Rage 4 is coming up fast, like this month fast. Expect it to hit consoles and the PC on April 30th.

Taking it to the streets

Time to bring the fight to the bad guys one more time, as Streets of Rage 4 is coming up in short order. The game is the first official sequel to the Sega Genesis classic since the 16bit era, and brings back the all-out action that you remember. This time though, it looks a heck of a lot better, with all new graphics.

Today’s announcement also includes a look at the newly announced Battle Mode as well. A returning element from past games, Battle Mode is essentially a fighting game within SoR4.

It’ll allow gamers to play as the main characters from the campaign, and spar to see who’s the top “alley-clearing ruffian”. Check it out in action in the new trailer below.

Streets of Rage 4 is the franchise’s first mainline entry in more than 25 years, reuniting Axel, Blaze, and Adam while introducing fresh fighters and combat depth, an arrestingly fluid hand-drawn art style, and an all-new scenario as well as city boroughs to crack skulls in. With an original soundtrack from Olivier Derivière incorporating worldwide talent, including massive contributions from series composers Yūzō Koshiro and Motohiro Kawashima, Streets of Rage 4’s pairing of classic elements with distinctive modern direction makes this highly anticipated return the fight of a lifetime.

Ready to rumble? Streets of Rage 4 is set to hit consoles and the PC on April 30th.

Jason's been knee deep in videogames since he was but a lad. Cutting his teeth on the pixely glory that was the Atari 2600, he's been hack'n'slashing and shoot'em'uping ever since. Mainly an FPS and action guy, Jason enjoys the occasional well crafted title from every genre.
@jason_tas
Previous Sega’s G-LOC coming to Switch’s Sega Ages lineup
Next Chun-Li ‘Morrigan’ variant statue ready for pre-order