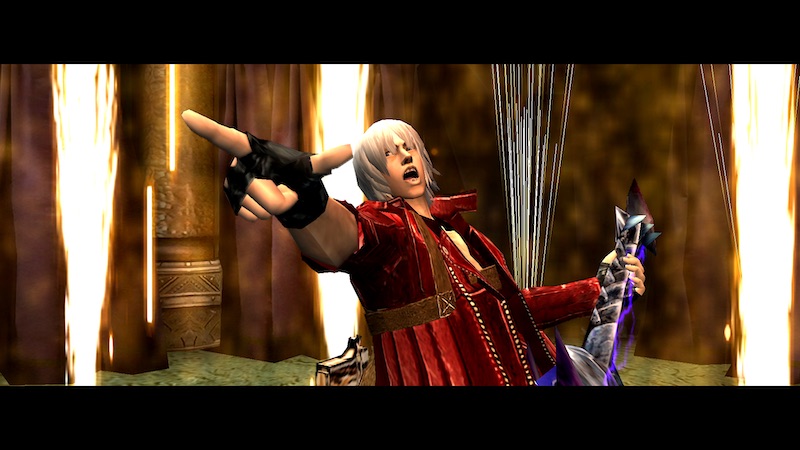 Devil May Cry 3 announced for Switch

As much as I loved this year’s DMCV, I have to admit I had stopped playing the series before that. Actually, by the time the third game saw release. With that in mind, this news is kind of exciting.

That’s because a chance to replay it is on the way to the Nintendo Switch.

Devil May Cry 3 serves as a prequel for the iconic action series, unfolding years before the original Devil May Cry with a younger version of Dante. This origin story explores the journey leading up to and culminating in Dante’s face-off against his twin brother, Vergil, who is set on unlocking a gate to the demonic realm. Dante must use his trademark sword Rebellion and dual pistols Ebony and Ivory to stop Vergil and prevent the world from becoming infested by demons. Along the way, players will gain insight into many aspects of the series from the first encounter with fan-favorite Lady as well as the beginnings of Dante’s shop and origins of the series name.

Along with the prequel storyline, DMC3 stars what was (at the time) some true innovation. It’s packing a total of 6 options for combat, including “Swordmaster and Gunslinger”. Even better, this was the game that first allowed players to hot-swap weapons. That adds in even more flexibility to the gameplay.

Oh, and don’t forget that “Special Edition” tag. Unlike the original release, you can play as Dante’s brother Virgil, and battle it out in the “Bloody Palace”. That’s a survival mode, and one that should keep you busy. After all, it’s got 9,999 floors to fight through.

Jason's been knee deep in videogames since he was but a lad. Cutting his teeth on the pixely glory that was the Atari 2600, he's been hack'n'slashing and shoot'em'uping ever since. Mainly an FPS and action guy, Jason enjoys the occasional well crafted title from every genre.
@jason_tas
Previous Udon’s Mega Man: Robot Master Field Guide gets hardcover edition in 2020
Next IMPACT Wrestling expands global reach to Africa