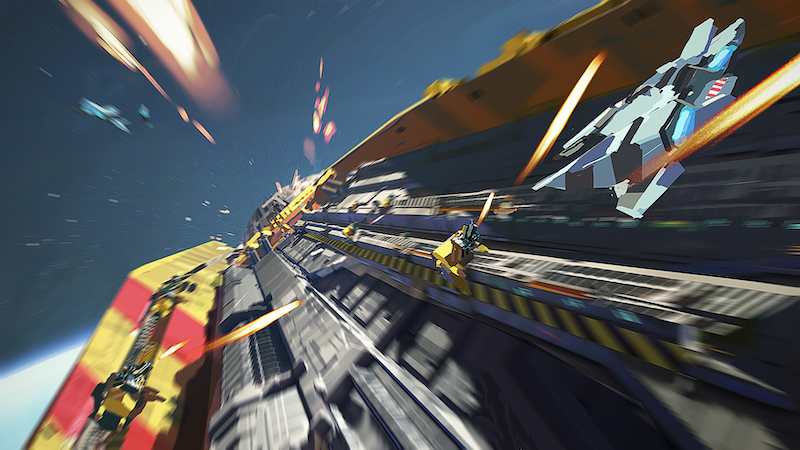 Home / News / Announced at PAX, Homeworld 3 is in development

Announced at PAX, Homeworld 3 is in development

There isn’t much to say about it yet, but apparently the third installment in the Homeworld series is in development right now.

Moody, dark, and beautiful, Homeworld 3 was briefly shown off at PAX West this past weekend.

No, that’s not much of a taste of what Homeworld 3 will have in store, but it does look darn good. It’s also interesting to note that we’re getting some mystery this time too. Kind of a packed teaser.

The game is in development right now, and will keep the roots fo the series intact. And by that I mean that it’ll be keeping the gameplay firmly space-based, and developer Blackbird is promising that it’ll be a “true sequel”.

“Homeworld 3 is the last word in epic space combat,” says Rob Cunningham, CEO of BBI. “It will capture the mood and tone of Homeworld and deliver it in an exactly expected and juicy, lovely way. There will be an extension of the story that’s totally satisfying with some interesting twists and turns, and locations that I think will blow some minds and resonate with existing fans and new fans alike.”

Speaking of the development happening here, there’s a bit of a twist to that too. Blackbird and publisher Gearbox are engaging a Fig crowd-fund for it. Don’t get crazy though, because it doesn’t seem like it’s completely to fund the game.

With a goal of $1, the campaign is instead to give players a chance to “invest and participate in the success of the title.” What that more or less looks like its shaping out to be is a kind of pre-order system.

You can back at a tier that’s as low as $50 USD, which will net you a copy of the eventual game, plus early access to the mobile title and a few other extras. As the tiers go up too, so do the rewards and some are pretty cool. You can check it out here.

Jason's been knee deep in videogames since he was but a lad. Cutting his teeth on the pixely glory that was the Atari 2600, he's been hack'n'slashing and shoot'em'uping ever since. Mainly an FPS and action guy, Jason enjoys the occasional well crafted title from every genre.
@jason_tas
Previous Surprise! There’s a Nintendo Direct coming up tomorrow
Next Take a deeper look at Cyberpunk 2077