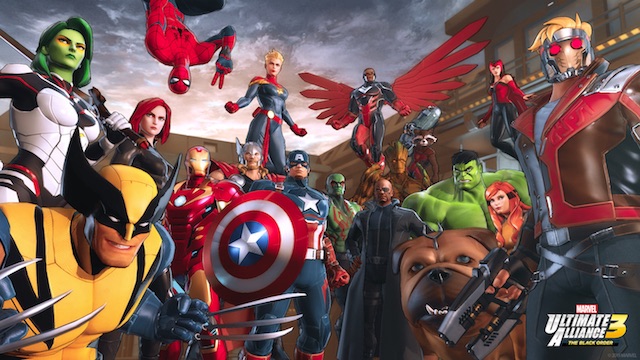 An unusually packed July left us with quite a few solid games to pick from for Game of the Month. In the end, a returning fave took the gold.

Have to be honest here, July was a really great month for new games. If you hate the summer heat and like to stay indoors, there were plenty of new titles to keep you busy in your air-conditioned living room.

Among those were Wolfenstein Youngblood, Fire Emblem: Three Houses, and even Madden 20 on the last day of the month. But none of those took home our Game of the Month honors. That of course, was the Nintendo Switch exclusive Marvel Ultimate Alliance 3: The Black Order.

A return to life for a famed series, Ultimate Alliance 3 took the familiar format of the past games and updated it with some new elements. It also gave fans a kind of adaptation of the Infinity Saga to play through, though it didn’t really focus on the classic comics or the movie version.

Nevertheless, it was our Game of the Month for July 2019… by a nose.

As you could guess, there was indeed a runner up. Another title almost grabbed the spot, and only lost by a single vote. That was another Nintendo Switch exclusive – Fire Emblem: Three Houses.

Jason's been knee deep in videogames since he was but a lad. Cutting his teeth on the pixely glory that was the Atari 2600, he's been hack'n'slashing and shoot'em'uping ever since. Mainly an FPS and action guy, Jason enjoys the occasional well crafted title from every genre.
@jason_tas
Previous Check out 26 mins of Dying Light 2 gameplay today
Next Here’s the launch trailer for Spyro, hitting Switch and PC next week