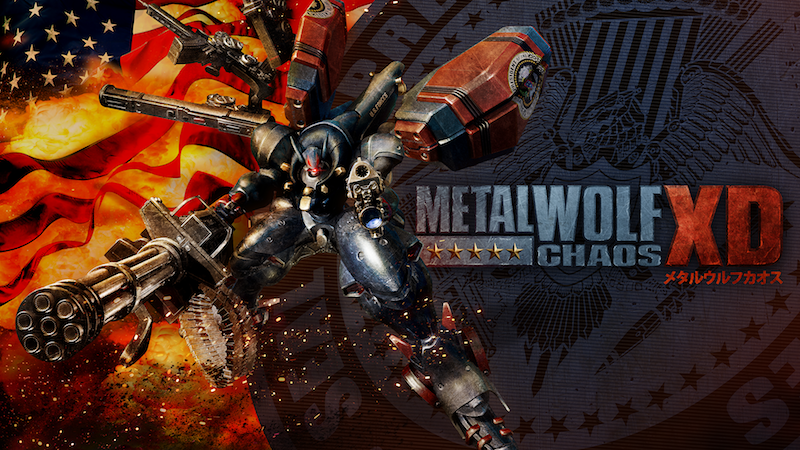 From Software’s lost mech battling game from the days of the original Xbox is finally seeing a North American release. Get ready to rock next month.

I have to admit, I had no idea what this was. Part of that is probably because I’m not really a From Software fan. But it’s most definitely also because this game never saw release outside of Japan.

And that’s a little weird since it’s a game about the US president suiting up in a mech and taking on the bad guys.

The country is in peril as President Michael Wilson defends the nation against a full-scale rebellion lead by Vice-President Richard Hawk and the mechanized legions he commands. As the 47th President of the United States, it is your sworn duty to take your country back by any means necessary and end this unjust coup d’etat! Battle in your advanced mech – armed to the teeth – across iconic American landscapes including the Brooklyn Bridge, the Grand Canyon, and the front steps of the White House.

Excited? Been waiting on this “classic”? Then you’ll be happy to know that Metal Wolf Chaos XD hits the Xbox One, PS4, and PC on August 6th. Pre-ordering before that will nab you the bonus skins you see below.

Jason's been knee deep in videogames since he was but a lad. Cutting his teeth on the pixely glory that was the Atari 2600, he's been hack'n'slashing and shoot'em'uping ever since. Mainly an FPS and action guy, Jason enjoys the occasional well crafted title from every genre.
@jason_tas
Previous Dark Horse announces The Art of Mana
Next Crash Team Racing’s second free DLC drop is on August 2nd