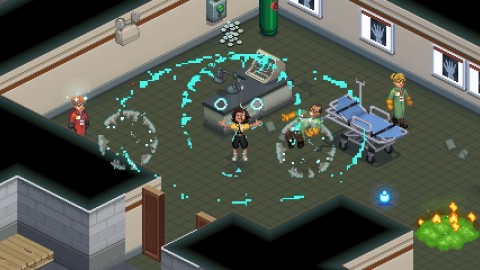 The Upside-Down arrives this week for Nintendo’s Switch with the release of the Stranger Things season 3 tie-in game.

A runaway hit fro Netflix, Stranger Things is entering it’s third season tomorrow. Till now there’s been no video game to go along with the show, but that’s about to change.

Not too long ago we heard that a title was coming, and here it is with Stranger Things 3: The Game. The title played directly into season 3, allowing gamers to play through the story in adventure game format. That’s not all though, since the game will expand on the show, with never before seen content. It looks like it’d have been right at home on the SNES.

This week also brings Sega’s SolSeraph, which I’ve heard bears a resemblance to the Super Nintendo classic Actraiser. If that’s true, then it’d be a very good thing since that long-forgotten series was nothing short of fantastic, especially the original.

Jason's been knee deep in videogames since he was but a lad. Cutting his teeth on the pixely glory that was the Atari 2600, he's been hack'n'slashing and shoot'em'uping ever since. Mainly an FPS and action guy, Jason enjoys the occasional well crafted title from every genre.
@jason_tas
Previous Udon bringing back Darkstalkers art book with hardcover edition
Next SDCC 19: Jim Starlin to appear at Thanos-centric panel