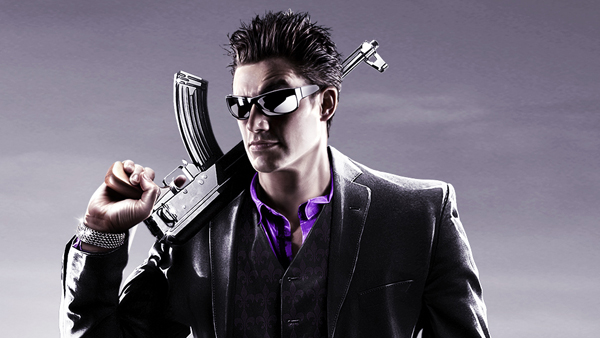 Home / News / Saints Row: The Third hits the Switch on May 10th

Saints Row: The Third hits the Switch on May 10th

The first Saints Row title to appear on Nintendo Switch will be The Full Package edition of Saints Row: The Third, arriving next month.

The Third is the first

Saints Row, as a series, has been pretty quiet for a while now. But as far away as a proper sequel to SRIV might be, we have a new version of what might be the most popular game in the series.

Deep Silver announced that Saints Row: The Third – The Full Package was coming to Switch not all that long ago. And if you lost track of it, well you’re in for some good news. It’s landing on May 10th.

The Switch edition is no slouch either, packing all the DLC from the classic release… except 2. Oddly enough, Deep Silver says that both the Bloodsucker Pack and the Unlockable Pack have been left out for balancing issues. That seems odd since this is supposed to be a complete edition, but them’s the breaks.

Even so, you still get quite a bit here:

* Two DLC packs – the Bloodsucker Pack and the Unlockable Pack, have been omitted for game balance and improvement based on feedback.

Also, if you pre-order the GameStop exclusive edition, you’ll be in for an assortment of real-world goodies.

May 10th is the date, so get ready. The Switch is about to get a little more Saintly. Or, as the inference may dictate, a little less.

Jason's been knee deep in videogames since he was but a lad. Cutting his teeth on the pixely glory that was the Atari 2600, he's been hack'n'slashing and shoot'em'uping ever since. Mainly an FPS and action guy, Jason enjoys the occasional well crafted title from every genre.
@jason_tas
Previous Savage Sword of Conan trade lands this fall
Next Capcom announces plug and play system with 16 games