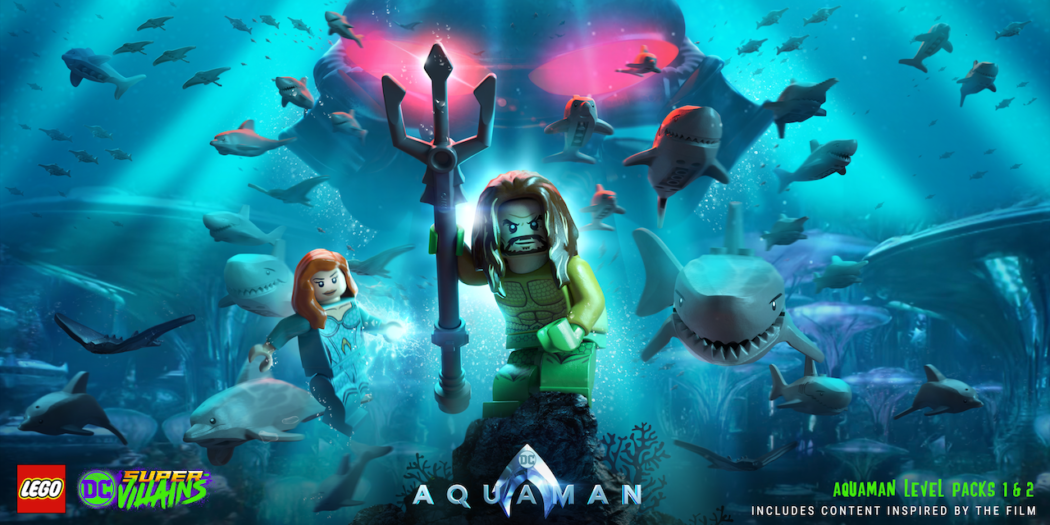 Can’t wait for DC’s Aquaman film? LEGO DC Super Villains has you covered with the first of two DLC packs, hitting next week.

I hear you can talk to fish

Aquaman is setting up to be a strange movie. On the one hand it’s still tracking for a pretty low opening. On the other, early critical response has been very positive. Will that word of mouth and selection of reviews be enough to give Warner Bros a DC-movie win That’s tough to tell, but what’s a little more certain is the first batch of DLC for LEGO’s DC Super Villains video game.

The pack plays off of Aquaman in a big way, offering not just a simple smattering of characters. Instead, fans get a full mini-campaign to go along with those virtual mini-figures. December the 4th brings the fist pack, with the second one arriving on January 8th.

Both packs go together, offering (in total) six levels of play and four character packs.

While the first pack will be made ready for Season Pass holders this coming month, waiters will have to hold out till the launch date of pack #2, January 8th, to get either one.

Jason's been knee deep in videogames since he was but a lad. Cutting his teeth on the pixely glory that was the Atari 2600, he's been hack'n'slashing and shoot'em'uping ever since. Mainly an FPS and action guy, Jason enjoys the occasional well crafted title from every genre.
@jason_tas
Previous Final season of Voltron debuts on Netflix December 14th
Next Doctor Doom takes on Galactus in Fantastic Four #7