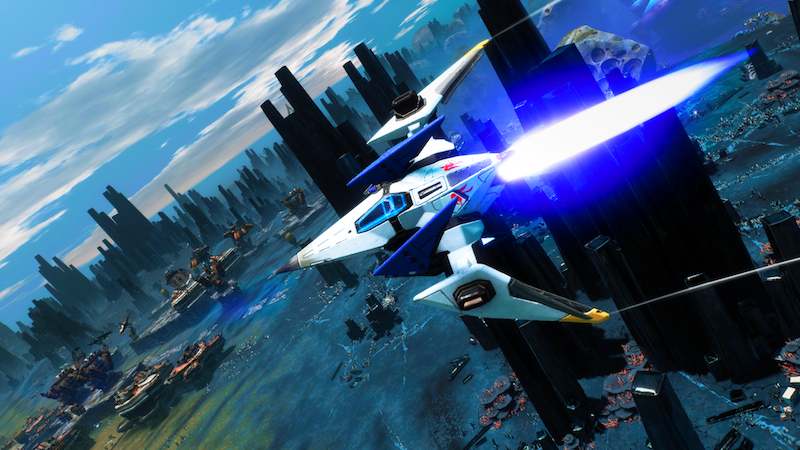 Maybe Toys to Life should have stayed buried as a genre. It looks like Ubisoft’s genre-revival Starlink has flopped at retail in the UK, opening at #14 on the charts.

I have been looking forward to Starlink: Battle for Atlas for a while now. Well, the Switch version anyway since it stars Fox McCloud and his Arwing from the Starfox series of games. I wasn’t at first, but the more that Ubi showed off of the space-fighter blastathon, the more I liked it. Apparently though, I’m in the minority on that thought.

While we don’t have US numbers as of yet, the game has released to not all that much excitement in the UK. Even that great looking Starfox crossover wasn’t enough to save its opening week, as the game debuted to #14 on the charts, according to industry site MCV.

For those not in the know. Starlink offers toys that can be added to the game just like other Toys to Life gems like Skylanders. They come in the form of both pilots and spacecraft. Unlike Skylanders though, Starlink’s toys can be purchased physically or digitally as DLC. So if you don’t want a lot of extra “stuff” around, you don’t have to actually have the little plastic representations.

The toys actually look pretty cool however, and so does the game. Even on Switch, it’s got some great graphics and a neat semi-cartoony feel. Check out the Starfox-centric Switch trailer below.

I still think it looks cool. Hopefully, this new IP from Ubisoft will manage to get a following together as we move through the Holiday selling season. While I haven’t played it yet, it does look to be a promising title, and maybe the start of a promising series.

Jason's been knee deep in videogames since he was but a lad. Cutting his teeth on the pixely glory that was the Atari 2600, he's been hack'n'slashing and shoot'em'uping ever since. Mainly an FPS and action guy, Jason enjoys the occasional well crafted title from every genre.
@jason_tas
Previous Absolutely Everything (Book) Review
Next Goblin Slayer Versus That Time I Got Reincarnated As A Slime (Anime) Review (First Impressions)