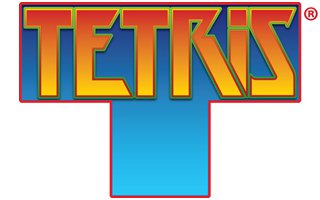 Is there any gamer who hasn’t dreamed of having an arcade in their home? Sure, that might be more true for older fans than younger, but there’s just something about the idea.

A classic stand-up cabinet, plastered with cool art and constantly blasting out visuals is just more fun than a console plugged into a TV. And that’s just the feeling that AtGames is playing off of with it’s latest.

You might know that name from consoles like the Sega Genesis that came out last year. Or maybe from the original “classic” all in one releases like the Atari series. Whatever you think of those, it’s hard not to get excited about today’s announcement.

Here’s a bit, straight from the press release:

The Legends Ultimate Home Arcade features 400 built-in arcade and home games, including Tetris and other legends from iconic publishers. As a full-sized home arcade machine, the Legends Ultimate Home Arcade offers a gameplay experience like no other. Each game plays just like at the arcade thanks to an authentic control panel that features a matching set of premium joysticks and six buttons for two player fun, as well as a professional trackball controller.

The built-in, low latency, high definition 21.5” LCD monitor features HDMI inputs so you can display content from other consoles and media players on the same great machine. The built-in software is similarly impressive, with scan line filtering, an intuitive menu system, save and resume game functionality, and the ability to rewind a game in progress to recover from a play misstep.

Yeah, I’m dying to see what this thing looks like. And if it lives up to the press release, then I definitely want one in my game room. I don’t know about you, but I’m particularly interested in those HDMI ports. I’ve wanted an arcade cab that I could run my consoles through since the NES. Seriously.

We’re going to have to wait a little while longer for more news though, according to AtGames. They say that “information, including pricing, release date, retailers, full games list and photos of the Legends Ultimate Home Arcade, will be released in the coming weeks.”

Oh, and there’s Tetris too

Additionally today, AtGames announced that they’re expanding their relationship with The Tetris Company. Tetris currently runs on the company’s Legends Flashback console, as one of the 50 bundled titles.

And yes, it will be included on the above cabinet as well.

“We’re excited to have the iconic game of Tetris included in the incredible classic games lineups showcased in the Legends Flashback console and upcoming Legends Ultimate Home Arcade,” says Maya Rogers, President and CEO of Blue Planet Software, Inc., sole agent for the Tetris brand. “We think the intense, addictive gameplay that Tetris is known for by fans worldwide will be a great fit for these premium console and home arcade offerings.”

Jason's been knee deep in videogames since he was but a lad. Cutting his teeth on the pixely glory that was the Atari 2600, he's been hack'n'slashing and shoot'em'uping ever since. Mainly an FPS and action guy, Jason enjoys the occasional well crafted title from every genre.
@jason_tas
Previous Episode 49: Assassin’s Creed Odyssey and Other Things
Next Mezco’s take on Iron Man’s Model 42 armor is live for pre-order