The Games with Gold for September are available and it looks like it is time to build a prison. Xbox Gold Members will also get to experience the Clone Wars in LEGO Star Wars III. Starting in the second half of the month, players will battle giant robot hordes and solve the mysteries of Monster World.

Ever since the success of the prison-escaping game, The Escapist, it seems more and more prison-themed games are popping up everywhere. Well now Xbox Gold Members will get to experience what it is like to build a prison. Gamers will be tasked with the upkeep of the prison as well as making sure the guards and the inmates are safe, and most of all, making sure the prison is profitable. See what it takes to run a prison in Prison Architect, available now for free through the Games with Gold program.

The recent announcement that the Clone Wars Saga would continue is great news. To hold gamers over until the release of the new episodes, gamers can experience the Clone Wars in LEGO Star Wars 3: The Clone Wars. Join Obi-wan and Anakin Skywalker as they travel across the galaxy while battling General Grievous and Count Dooku and their robot army. LEGO Star Wars 3 is also available now through the Xbox Backward Compatibility program.

Battle Robots In Livelock and fight the beasts of Monster World

Things are not looking so good for the human race in Livelock. Organic life no longer exists and humanity rests in the hands of three robots. Starting on September 16th, gamers can battle their way through the robot swarms in this Diablo-esque shooter. Hop online with a friend and get ready for some maximum enjoyment.

Another title from the SEGA Vintage Collection comes Monster World. This 2D side-scrolling adventure contains all three titles of the retro classic, Monster World, one of which was never released in the US. Get ready to jump and slash through the monster-filled levels starting on September 16th. 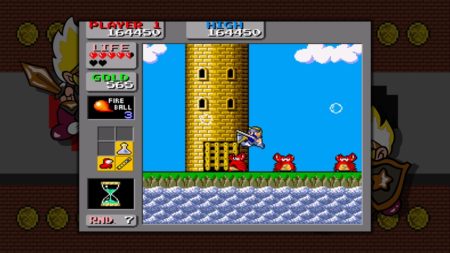 As a fearful proponent, I agree with out robot overlords on House Bill 10010101 - The Full Extermination of the Human Race. But until then, make sure to check out all my writings on video game stuff.
@@docbrown303
Previous Spider-Geddon cover roundup
Next Mega Man 11 demo goes live on Switch, soon for other consoles