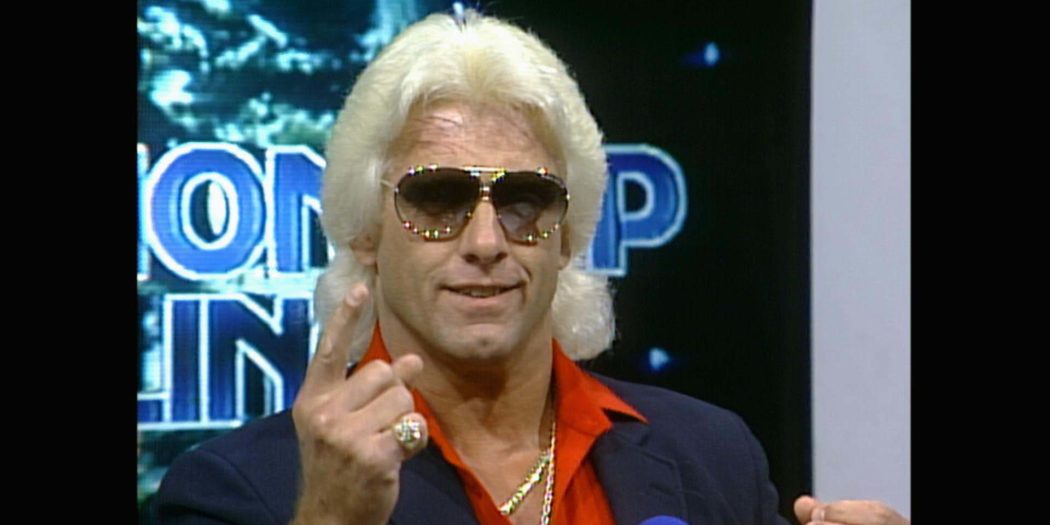 Join Ric and Charlotte Flair as they talk about WWE 2K19 Wooooo! Edition

Wooooo! It’s the limousine riding, jet flying, special edition of WWE 2K19! Check out a look at the some of the most iconic moments of Ric Flair.

There have been few wrestlers like Ric Flair. More a legend in the WCW than the old WWF (now WWE), Flair has really been one of the biggest and most powerful forces in pro wrestling. He’s won various world championship belts a ridiculous amount of times, and consistently been larger than life. And his promos are legendary. Really, if you haven’t watched some of the compilations on YouTube, you have to. They are hilarious.

This year’s edition of WWE 2K celebrates the champ, with the Wooooo! Edition. Packed with Flair-related goodies, the special edition of WWE 2K19 should please most fans of the champ. There’s even a piece of one of his robes packed into the box. That’s just plain cool. As a side-note too, pre-ordering the Deluxe Edition gets you Rey Mysterio and “Rowdy” Ronda Rousey as a bonus.

Lets’ get back to Flair though, since he’s the point of this story. 2K Games has released a special 25 minute mini-doc about the legend, that has him talking about some of his greatest moments. Also included in the video is his daughter Charlotte Flair – who’s the current Smackdown Women’s Champion.

Check it out below. WWEk 2K19 hits stores for the PS4 and Xbox One, as well as digitally for the PC on October 5th.

Jason's been knee deep in videogames since he was but a lad. Cutting his teeth on the pixely glory that was the Atari 2600, he's been hack'n'slashing and shoot'em'uping ever since. Mainly an FPS and action guy, Jason enjoys the occasional well crafted title from every genre.
@jason_tas
Previous The original Onimusha returns for modern consoles with a re-release
Next Xbox All Access announced, combines Xbox services and console