When the listing for Mushroom Wars 2 hit the Nintendo eShop, I was intrigued for a few reasons. A console game (on a handheld hybrid, at that!) promising a full RTS experience? Add in an excellent theme, and you have one of the better games to come to the Switch this year. 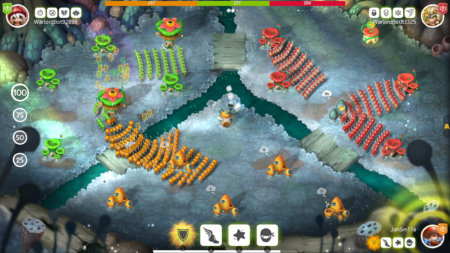 Mushroom Wars 2 is exactly what is purports to be: a full fledged RTS on console. I will delve more into the gameplay in a few minutes, but let me be clear that this game does not sacrifice anything in terms of sophistication in exchange for its place on a console.

The game has a fully fleshed out and lengthy campaign. Four “episodes” of 50 missions each means that the game has an absolute ton of single player content. If this isn’t enough for you, you can take the fight online in ranked modes and play locally. These skirmishes can become absolutely massive, with upwards of 4,000 units appearing on the field at any given time.

Multiple heroes give the player options in how to approach combat and strategic situations. Add heroes to the sheer options available in standard gameplay, and we have a deep RTS worthy of any fan of the genre,m especially if they are looking for a console game to scratch that itch.

Gameplay is surprisingly simple. Players take control of a hero and take to the battlefield. The hero has no physical gameplay implications, but instead affects which abilities the player can use in the course of a skirmish.

Armies start with a certain am\mount of soldiers in a certain number of buildings. The strategy comes from deciding how to use those initial resources, Strategic choices persist throughout the entire skirmish, making sure that, even until the last moment, games can feel tense and unsure. If you make good choices throughout the match, the probability is all but certain. Still, though, the tension is a great feeling for an RTS.

Players capture neutral buildings and turn them into forges, to increase the combat effectiveness of the army, turn them into towers to shoot and kill enemy soldiers and keep neutral villages to increase the number of soldiers available for combat. Different wrenches get thrown into the mix, like zones that do not produce any units and zones that impede the walking speed of soldiers.

The result of all these variables is a game that changes constantly. New variables are thrown into the mix throughout the entire campaign, keeping players on their toes and learning in a satisfying way.

There are four difficulty modes, ranging from “easy” to “expert.” Each variance feels different enough, and is not just a case of the enemy producing more units or hitting harder regardless of on field buffs.

These are all things that are extremely heartening to see in an RTS on consoles. The controls are simple, but allow for incredible depth. The gameplay in Mushroom Wars 2 is a true triumph of the genre, and a welcome sight on Switch.

The art in Mushroom Wars 2 is akin to art you might find in a well put together mobile game. The in-game art is cute and simple, with splash images for loading screens taking on a much grimmer and crisper tone.

I am a fan of both styles of art, and seeing this whimsical (that is a strong word here, but I am going with it) war being played out with grim splash images telling the story. In addition to strong art, there is a musical sequence that, after playing the game, is so iconic, that if I ever hear it, will think about Mushroom Wars 2. 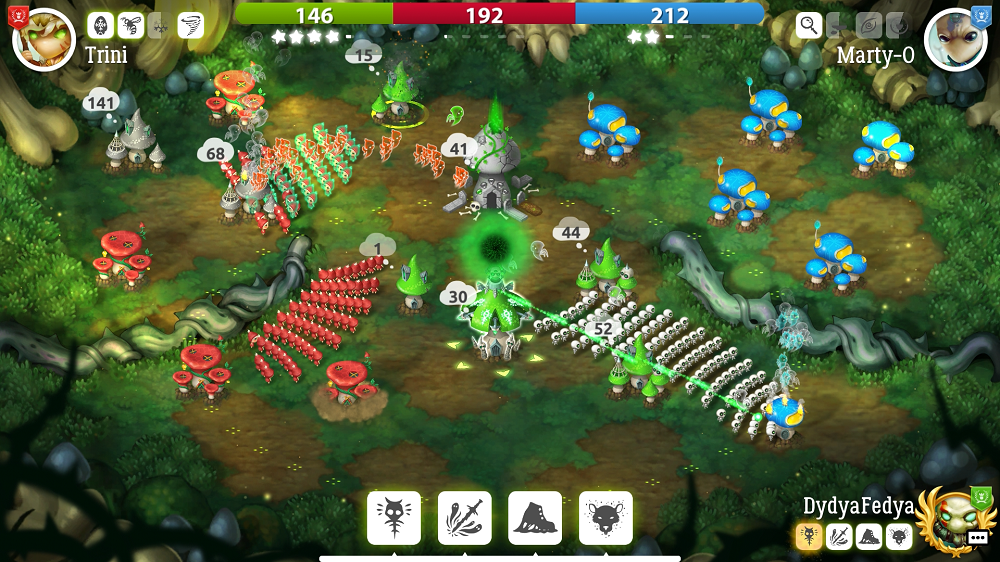 Mushroom Wars 2 is a excellent entry in the RTS strategy. It has simplified gameplay without giving up the depth that genre fans have come to expect. The sheer amount of content and ways to play is reason enough to add this game to your collection.

Mushroom Wars 2 is a triumph on the Switch. The game originally released in 2016, but continues to receive new life on Nintendo's hybrid console. Strong gameplay, presentation and modes make this a staple for any RTS fan's library.

Erich was introduced to gaming by his grandfather before he could walk. Since then, he has grown up loving Nintendo and most games in general. He couples his love of videogames with journalism to cover news, provide reviews and tell it how it is in the gaming world.
Previous Heads up Origin gamers, EA’s “On The House” program is history
Next C64 Mini coming to retail on October 9th