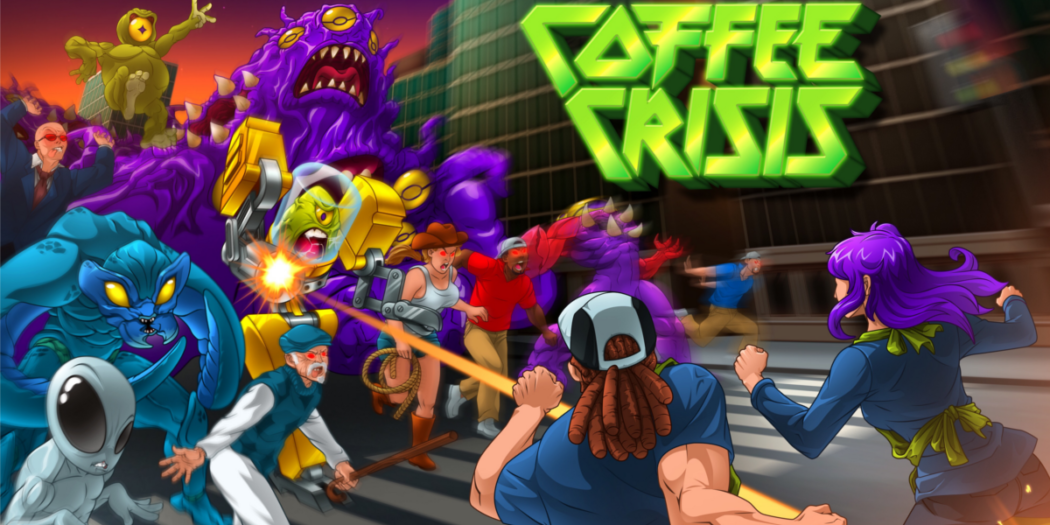 When I got my first look at Coffee Crisis, I was immediately in awe and wonder.

What was before me was a game with an old school asthetic, and what appeared to be classic gameplay elements. You take control of a character, or two if playing cooperatively, and take on an insane alien invasion to save the planet’s coffee. The silly premise and tight gameplay come together to create an all around solid experience.

The Road to Coffee 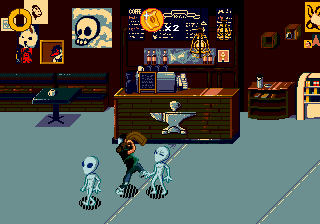 The game picks up with two baristas in their hip coffee shop. Things start going crazy and the aliens attack! You progress by clearing enemies, screens and levels.

While the center of this game was never going to be the narrative, it is a fun one at any rate. The characters progress through a number of wacky environments kicking alien butt in the name of saving Earth’s coffee.

The quips of dialogue between the two playable characters between levels are fun. It is obvious that the developers created unique and fun personalities for the characters. It is fun to watch them interact as they fight through the trials the game presents.

The biggest draw for a game like is undoubtedly going to be the classic style of beat-em-up gameplay. In this regard, Coffee Crisis succeeds admirably.

Each of the two characters, Ashley and Nick, has a wildly different moveset to deal with the brainwashed earthlings and hostile aliens. Players can combo together strings of attacks, knock enemies away, pick them up, throw them and more. Ashley uses a coffee pot as a weapon, while Nick uses a bag of coffee beans.

Coffee Crisis really leans into the ridiculousness of the theme. Heavy metal music plays while hipster baristas beat on aliens with coffee and coffee accessories.

One of the big selling points for Coffee Crisis is in the way in which it employs rogue like elements. Every playthrough is randomized to a certain extent. Different enemies will appear at different points. This is interesting, but can wildly impact the dificulty curve. All in all, I would prefer for the enemies to be static in their appearances.

The biggest change that occurs between areas and levels is the effect randomizer. Certain areas will trigger modifiers. These can help you, hurt you or simply change the game’s asthetic. The changes never felt game breaking, and were always interesting diversions. I am not sure the game needed this change up, but I am also not going to complain about increased variation these mods offer.

My biggest gripe with the gameplay is that sometimes the attacks feel very light. Enemies do not recoil at all, meaning that the characters feel weaker. This isn’t a bad thing necessarily, but I did want to point it out.

coffee Crisis features cooperative play as well as single player. The easily recognizeable passwords allow you to take over on any level without losing much progress at all.

If Coffee Crisis’ gameplay pitch didn’t sell you, the presentation should.

This looks like a high definition 16-bit game straight off of the Sega Genesis. As a funny feature, Mega Cat Studios also produces the game for said console.

the game looks crisp while maintaining its pixelated style. Each playable character looks very different. Every alien and enemy also differentiates itself from the rest of the pack. In terms of looks, Coffee Crisis is crisp and refined.

The music is no slouch, either.

The heavy metal soundtrack fits wonderfully in with the beat em up style of the game. Even the menu music is a blast to listen to. 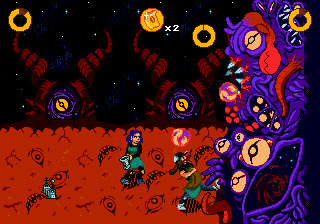 Coffee Crisis does a good job of feeling like a classic beat em up. Stylistically, gameplay wise and premise wise, the game feels like a new blast from the past. The tough dificulty, and intricate fighting styles make the game feel like it would beling right at home on the Sega Genesis and Master System.

Coffee Crisis is an extremely competent beat em up. If you're a fan of the classic games of the genre, you're probably going to want to give this a shot.

Erich was introduced to gaming by his grandfather before he could walk. Since then, he has grown up loving Nintendo and most games in general. He couples his love of videogames with journalism to cover news, provide reviews and tell it how it is in the gaming world.
Previous Megaman 11 Trailer Hits and Gets a Release Date
Next June Games with Gold: Assassin’s Creed Chronicles: Russia, Smite, Sonic Racing, and More