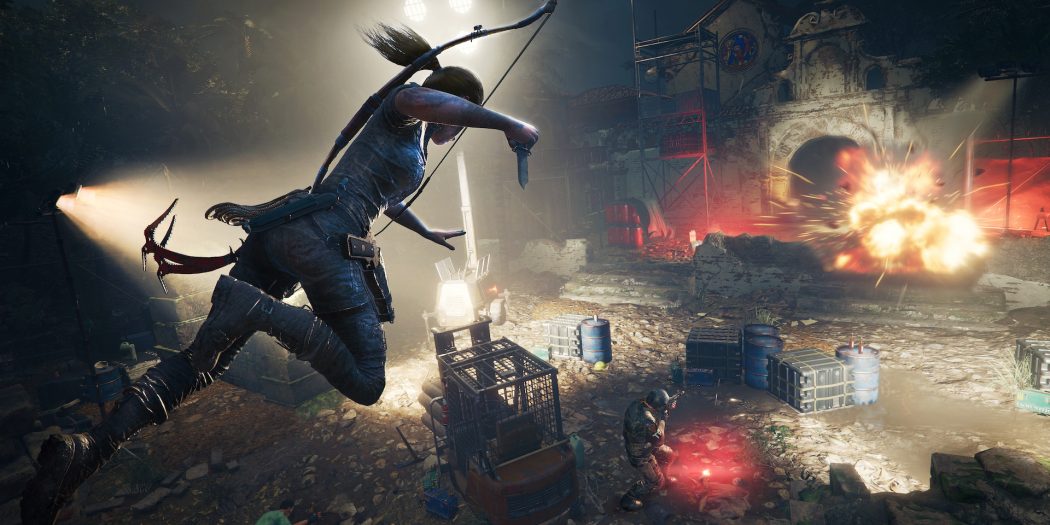 Shadow of the Tomb Raider revealed, coming this September

Lara Croft’s latest adventure brings the prequel series of Tomb Raider games to a close with Shadow of the Tomb Raider. The End of the Beginning will hit consoles and the PC this fall.

Shadow fo the Tomb Raider is indeed the “beginning of the end”. If you haven’t been following along, this is the third in a series. Square Enix has been telling a modernized origin for Lara Croft in the protracted arc.

The original game has been the standout far and away however. It’s garnered plenty of praise, much more than Rise of the Tomb Raider did. Still, this has been a pretty high quality series overall. So there’s no reason not to think Shadow won’t be right there with the previous installments.

In Shadow of the Tomb Raider, Lara must master a deadly jungle, overcome terrifying tombs, and persevere through her darkest hour. As she races to save the world from a Maya apocalypse, Lara will become the Tomb Raider she is destined to be.

The game is from Nixxes Software, who’ve worked on the series before. Though that’s not all, as the veteran team has also worked on the likes of Deus Ex: Mankind Divided and others. Actress Camilla Luddington will once again star as Croft too, which is probably a good thing since she’s done a great job thus far.

Add to all that the way that this game looks, cause man does it look amazing.

Landing on the Xbox One, PS4, and PC, watch for Shadow of the Tomb Raider to hit retail this coming September.

Jason's been knee deep in videogames since he was but a lad. Cutting his teeth on the pixely glory that was the Atari 2600, he's been hack'n'slashing and shoot'em'uping ever since. Mainly an FPS and action guy, Jason enjoys the occasional well crafted title from every genre.
@jason_tas
Previous The BG Game of the Month for March 2018 is Sea of Thieves… AND A Way Out
Next Star Wars Black Series Darth Vader helmet detailed, arrives next month