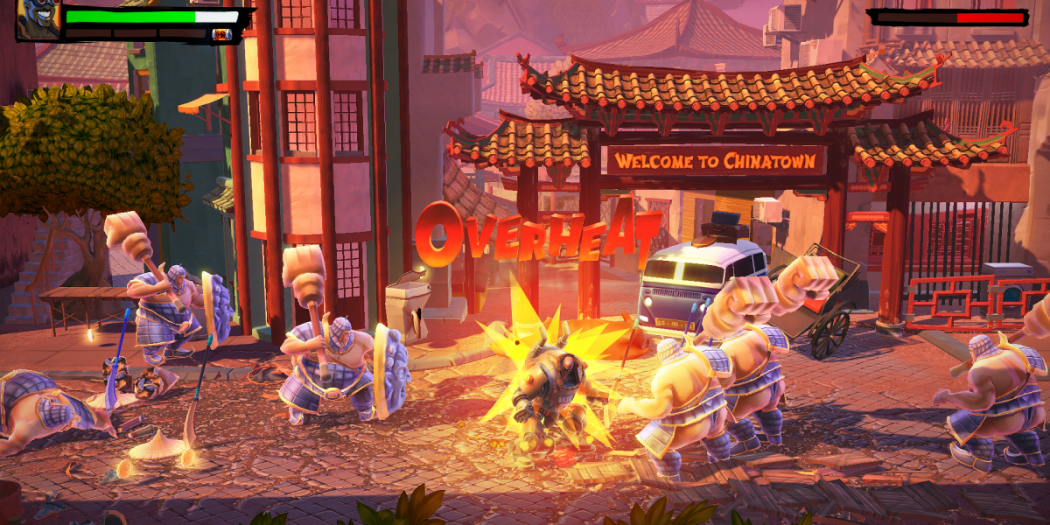 Home / News / The big man is back. Shaq Fu: A Legend Reborn hits consoles this June

The big man is back. Shaq Fu: A Legend Reborn hits consoles this June

A legendary game (for dubious reasons), Shaq Fu has nonetheless spawned a very promising looking beat ’em up reboot with Shaq Fu: A Legend Reborn. Check out the first trailer for the game, set to drive home this June.

My name is Shaq

Yes, the original game to brandish the Shaq Fu name was a bit… not great. It was a fighting game as I recall it, and became one of the more goofed on titles from the 16bit era. This though, is not that. While we have yet to play it, Shaq Fu: A Legend Reborn is looking like a very solid beat ’em up with plenty of humor thrown in.

From Saber Interactive and Big Deez Productions and published in partnership with Wired Productions and Mad Dog Games, you can actually expect retail versions of Shaq Fu as well as digital. Adding a copy to your physical library though, will cost you a bit extra.

Digital copies of the game will run you just $19.99 USD for the Xbox One, PS4, Switch, or the PC. Physical though, which will just be arriving for consoles, will run ten dollars more. And yes, there’s the Switch “charge” in there too, so a physical copy on Nintendo’s platform will run you a cool $39.99 USD.

Whatever way you pick to play though, you can expect all of the above to land on June the 5th.

Jason's been knee deep in videogames since he was but a lad. Cutting his teeth on the pixely glory that was the Atari 2600, he's been hack'n'slashing and shoot'em'uping ever since. Mainly an FPS and action guy, Jason enjoys the occasional well crafted title from every genre.
@jason_tas
Previous Watch Nooligan Saulque bring the Joker to life in this demo from last SDCC
Next Spyro gets the N.Sane treatment with the Reignited Trilogy, hitting this fall