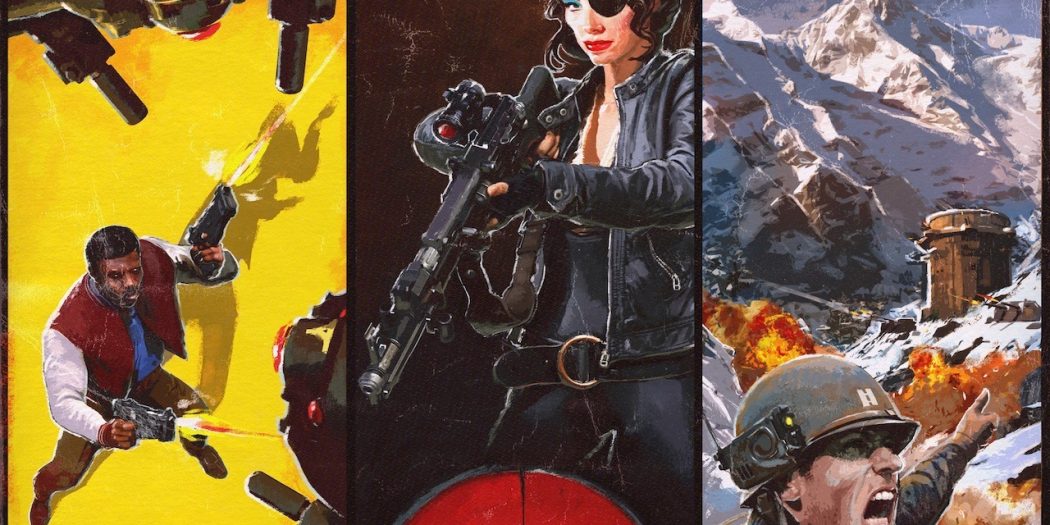 Wolfenstein II has had a pretty good life for itself past its retail release late last year. With two single player expansions out there already, the final installment has finally arrived this week. Get ready to dive into The Deeds of Captain Wilkins.

Known as the Freedom Chronicles, Bethesda had a very nice plan for Wolfenstein II’s downloadable content. Instead of something tacked on, the game received a trio of completely fresh adventures, starring new heroes in new situations.

But while the first two were something of a departure, this third pack just gamers back into the shoes of a soldier. That being Captain Wilkins.

The Deeds of Captain Wilkins, the final installment in the Freedom Chronicles trilogy, follows renowned US Army veteran and resistance fighter Captain Gerald Wilkins. Travel to Nazi-controlled Alaska, armed with a stolen experimental battlewalker contraption, to stop a nefarious superweapon known as the Sun Gun.

The Deeds of Captain Wilkins is available right now for subscribers to the Freedom Chronicles pass. And that’s available on the Xbox One, PS4, and PC by the way. Also worth a note is that I don’t think we’ve seen as of yet what role the Freedom Pass will have on the upcoming Switch version of Wolf II. So stay tuned for more on that if you’re waiting for that edition.

Jason's been knee deep in videogames since he was but a lad. Cutting his teeth on the pixely glory that was the Atari 2600, he's been hack'n'slashing and shoot'em'uping ever since. Mainly an FPS and action guy, Jason enjoys the occasional well crafted title from every genre.
@jason_tas
Previous DC announces new non-canon publishing imprint – DC Black Label
Next Marvel announces new Ant-Man and Wasp True Believers books