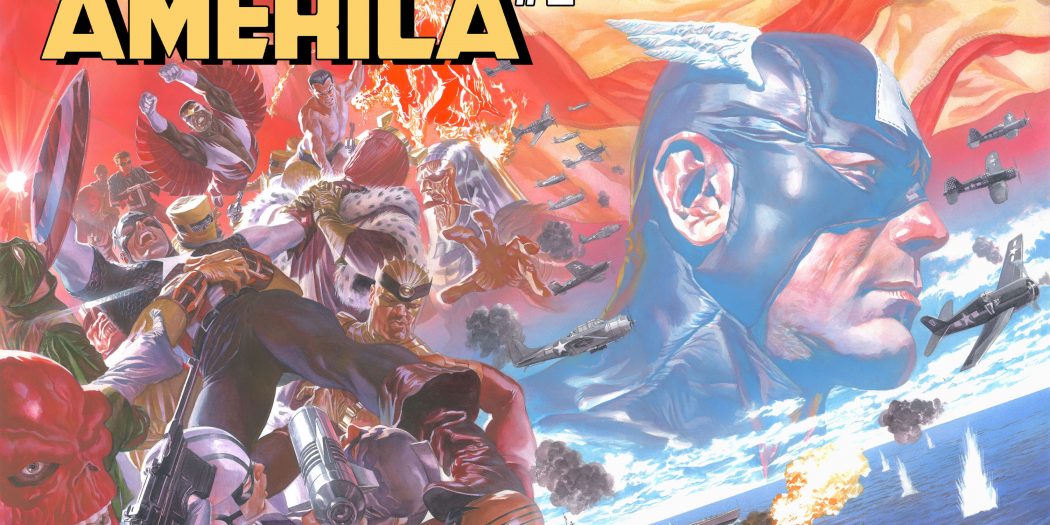 Captain America is getting yet another shake-up as Marvel enters its “Fresh Start” era. But is this a back to basics run for one of Marvel’s biggest heroes, or something entirely new?

For over seventy years, he has stood in stalwart defense of our country and its people.

But in the aftermath of Hydra’s takeover of the nation, Captain America is a figure of controversy, carrying a tarnished shield.

And a new enemy is rising!

Who are the Power Elite? And how do they intend to co-opt and corrupt the symbol that is Captain America?

It’s good to see Cap back being Cap again, though I have to admit I’d rather just see some old school action stories for the new book. Instead we’re getting something that seems infused with elements of the current political climate.

Still, after the rough few years the character’s had, I’ll take this in a heartbeat. Don’t forget that he got “killed” at the end of Civil War (the first one), then was de-powered by Red Skull, then turned into a Hydra agent. And I’m pretty sure he was killed off a second time in there somewhere. Pretty sure…

And now? In the Fresh Start era Steve Rogers is back to being just plain old Captain America again. It’s good to see. Not that it’s probably going to be too long before something else happens to Marvel’s favorite pin-cushion. After all, that teaser text hints at some very not-so-nice things to come.

But let’s talk creative teams, because there’s a brand new one on Cap.

Marvel has tapped Black Panther’s Ta-Nehisi Coates, and artist Leinil Yu for the new book. After Coates revamped Panther for the modern age, he’s going to be looking to keep this hero on his toes too. 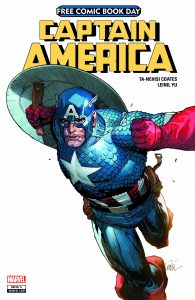 “I think it’s a really exciting time to be writing Captain America right now,” said Coates. “The country is in an interesting place, and I look forward to inhabiting Steve Rogers’ character – this guy who has been a sort of awkward fit for the world, out of time as people say. I hope fans are excited to see something different, and I think there are some really compelling villains old school Captain America fans and Marvel fans will be familiar with.”

“Finding the right voice to tell the tales of Marvel’s beloved characters is never an easy task, but when it came time to hire the new hand to guide Captain America, we just knew it had to be Ta-Nehisi Coates!” shared Editor-In-Chief C.B. Cebulski. “After re-inventing the Black Panther for the modern era, Ta-Nehisi now brings his sharp scripting sensibilities to Steve Rogers and his new place in the Marvel Universe. With Leinil Yu and Sunny Gho bringing all the incredible action to life in big, bold visuals, you will not be able to put this book down. And our launch is timed perfectly for release on the Fourth of July!”

That’s right, Captain America #1 is one of the later books to hit stands in Fresh Start. Watch for it on the 4th of July (not bad Marvel, not bad at all).

You can get a taste of what the book will offer though, with the Free Comic Book Day offering. Marvel will have Cap in their free book, which lands on the racks this May the 5th.

Jason's been knee deep in videogames since he was but a lad. Cutting his teeth on the pixely glory that was the Atari 2600, he's been hack'n'slashing and shoot'em'uping ever since. Mainly an FPS and action guy, Jason enjoys the occasional well crafted title from every genre.
@jason_tas
Previous Injustice 2 gets new, loaded version with the Legendary Edition
Next NIS’ super-cute sandbox game Happy Birthdays to land on Switch this June