Sonic the Hedgehog board game coming up from Shinobi 7

Ready to go fast on your tabletop? There’s a shockingly cool-looking board game in the works that’ll have fans doing just that with Sonic the Hedgehog: Battle Racers. 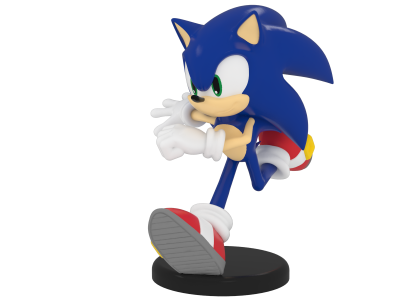 Sonic video games have been a little bit of a mixed bag as of late. That’s considerably better though, than what they were before this latest revival, that arguably started with Sonic Generations. Honestly, as long as Sega continues making them in the vein of Sonic Mania, I think fans would be thrilled.

But what if you want to play a little Sonic outside of the digital realm? Well my board-gaming inclined pals – that’s where Sonic the Hedgehog: Battle Racers comes in.

From Shinobi 7 (no relation to the classic SEGA action series), the game is being billed as a strategic game, that will see 2-5 players blasting through a board loaded up with obstacles.

Yes, it is a race. And yes, there are miniatures.

Burst into action with Sonic the Hedgehog: Battle Racers! Select your racer, choose your route, and fight your way to the finish while avoiding opposing racers and a variety of dangerous obstacles. Control your speed, use your abilities, and activate your special powers to collect as many rings as you can in an amazing race. The course changes with every race, so no two games are alike! 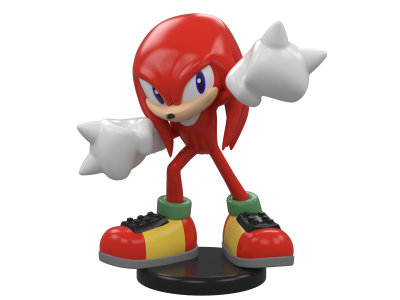 The base game will feature five highly-detailed full color miniatures of the following characters: Sonic, Knuckles, Amy, Tails, and Dr. Eggman. Also included are a variety of colorful cards, tokens and race tracks. Every expansion set will contain one pre-painted character miniature and their racer profile, while larger expansions will also be available and will include additional track sections. All miniatures will be 40mm scale.

That sounds pretty neat, no? As a longtime Sonic fan myself, I’d probably pick this up for the miniatures alone. And the expansions sound like a great way to keep people playing, post-launch.

As for a path to retail, there are a few things happening here. There will be a Kickstarter version of the title, which Shinobi 7 says will include a bunch of exclusive items. No doubt, this will be the way to go for the most hardcore Blue Blur fans out there. Watch for that to kick off in February.

And the rest of us? Well no worries, because there’s a retail version coming up as well. That’ll be distributed by our pals at Diamond, and race into stores this coming autumn/Holiday.

Jason's been knee deep in videogames since he was but a lad. Cutting his teeth on the pixely glory that was the Atari 2600, he's been hack'n'slashing and shoot'em'uping ever since. Mainly an FPS and action guy, Jason enjoys the occasional well crafted title from every genre.
@jason_tas
Previous Brutal Gamer Awards Part 1: The Genre Bests of 2017
Next Dark Knights Metal #5 (Comics) Preview