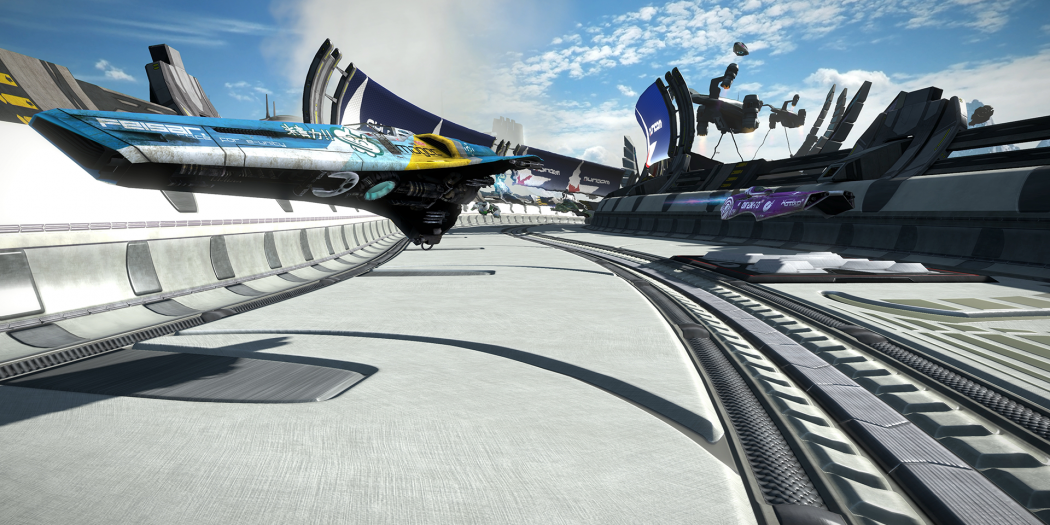 Did you pick up the WipEout Omega Collection when it hit the PS4 late last year? Do you have a PSVR? Then you’re about to get motion sick.

Well, maybe not. I guess it all depends on how well you can manage the sensation of traveling at breakneck speeds in VR.

This little collected edition came out in the fall of 2017, and featured a few of the classic Wipeout racing titles. It was also, as you might expect, exclusive to Sony’s platform. So, I guess it would have been a fair question to ask why there was no PSVR support.

Not that that was a query I had at the time of course, but it’s fair nonetheless. After all, Wipeout has been a pretty big franchise for Sony, and their virtual reality platform is kinda-sorta lacking… games.

Still, here we are a few months later and there is movement on that front as Wipeout now does indeed have support for the PSVR headset. As you can see in the trailer above, it looks like it might not be the easiest thing to control, but it also looks like it might be a heck of a lot of fun.

Full head tracking is included in this update, which adds in the in-cockpit view and VR support. You’ll also get “3D” audio, so you can enjoy the full immersion that the game now offers.

And if that’s not enough, then you’ll be happy to know that the fresh update also beings a trio of new ships with it. Playable in VR only, these new craft will be available in HD, Fury, and 2048 modes.

SO, maybe it’s time to bust out that headset?

Jason's been knee deep in videogames since he was but a lad. Cutting his teeth on the pixely glory that was the Atari 2600, he's been hack'n'slashing and shoot'em'uping ever since. Mainly an FPS and action guy, Jason enjoys the occasional well crafted title from every genre.
@jason_tas
Previous Sneak peek: Valiant Comics’ Secret Weapons: Owen’s Story #0
Next Marvel Comics Infinity Countdown checklist is out