After the long off season, The Walking Dead is back! Does the first episode of the new season deliver on the large comic arc it is beginning to adapt? Take a look at our recap and my thoughts on the episode.

To refresh: A big piece of this article will consist of a basic summary of the episode. If you want my thoughts without the spoilers, jump on ahead to the next section.

The comic arc that season eight begins to adapt is “All out War.” To catchup, the combined efforts of Rick’s (Andrew Lincoln), Maggie’s (Lauren Cohen) and Ezekiel’s (Khary Payton) are joining together to fight the tyranical Negan (Jeffrey Dean Morgan). Season seven ended with the forces finally coalescing, and what we get in the first episode of season eight is nothing short of epic.

The episode opens in earnest showing small contingents of Rick’s forces getting together their plans to take on Negan and the saviors. We see a group organizing a herd to march on the antagonists’ camp, we see lookouts being systematically eliminated and most inspiring, we see the three leaders giving speeches to their assembled forces. 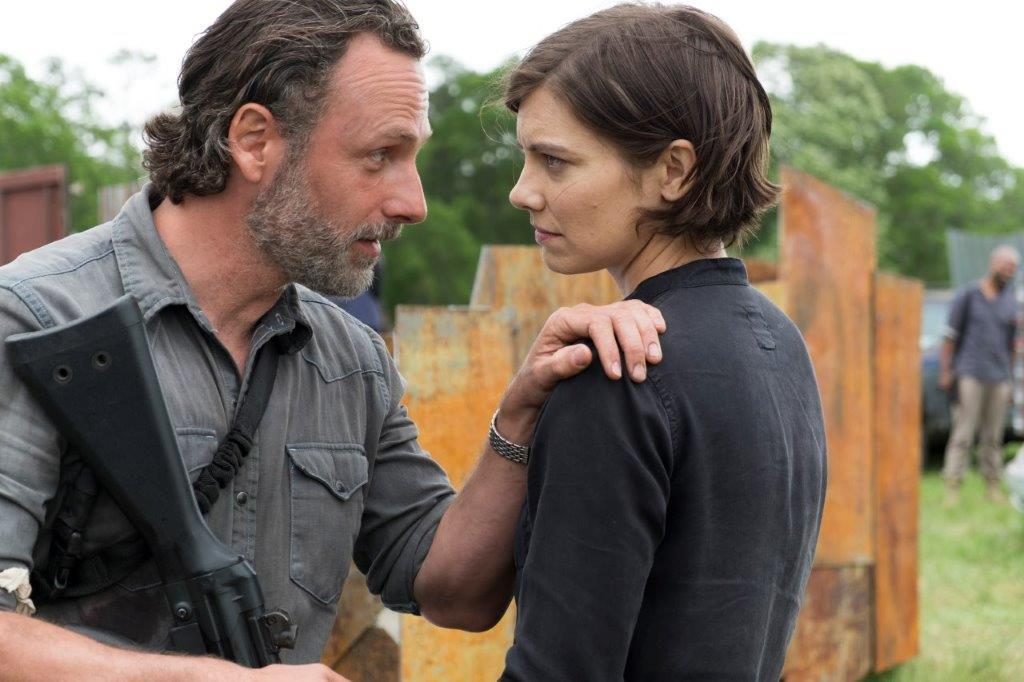 Spread throughout the episode is an idyllic look at a post-Negan future. Rick has a long beard, Judith is atleast six and Alexandria is getting set up for a festival. This is all well and good, but the fact that it is basically a daydream during Rick’s speech is a bit of a let down. It is worth noting that every aspect of the vision, from Rick’s beard and cane to the festival is taken right from the same period in the comic book.

We get a brief scene where Carl (Chandler Riggs) begins to help a young man that he comes across. Rick shoots at the man and scares him off, and he and Carl have a very brief conversation about losing hope in the world. Later, Carl is seen visiting the site and leaving the young man food.

The meat and potatoes of the episode consist of Rick’s forces confronting Negan and his men at the sanctuary. Rick demands their surrender for his lieutenants’ lives, and Negan refuses. Rick and company shoot up the place before escaping. The herd of walkers close in creating a very dire situation for the saviors. 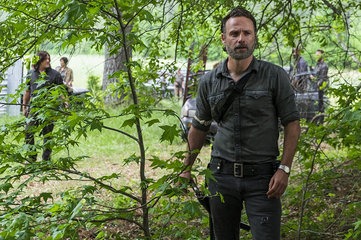 Father Gabriel (Seth Gilliam) is about to flee the scene, but stops to help Gregory. Gregory runs for the car and leaves Gabriel behind. Seeking shelter, Gabriel comes face to face, in a closed environment with Negan.

This was a really solid return for The Walking Dead. Like many others, I began to feel the fatigue towards the end of season seven. The march to war, as it were, was slow and plodding. The fact that we got such an intense first episode is a great sign for sure.

We saw some great beats form the comic get on screen adaptions and a few great pieces of forshadowing. While there are 15 more episodes, I am confident that the crew behind the show know what they are doing to keep the pressure up.

Not too much happened in terms of pure plot progression, but honestly, with the high intensity tone, I am fine with that. In the entire show, the only moments of respite were the flash forwards in Rick’s memory.

In all, I am very happy with the way this episode turned out, and I can’t wait for 802.

Erich was introduced to gaming by his grandfather before he could walk. Since then, he has grown up loving Nintendo and most games in general. He couples his love of videogames with journalism to cover news, provide reviews and tell it how it is in the gaming world.
Previous SteelSeries’ new Apex 150 keyboard now available
Next Warhammer: Vermintide storming PC and consoles early next year