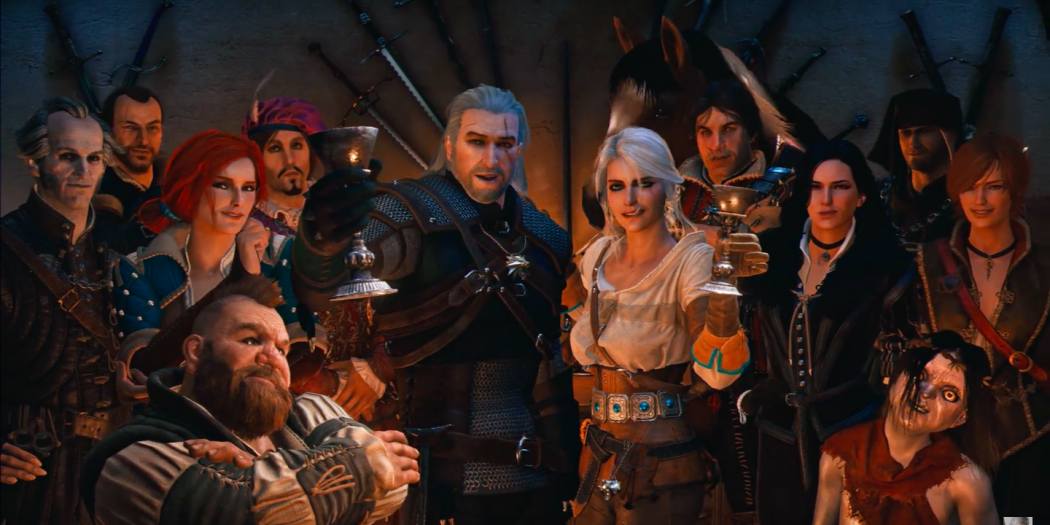 “Time is fleeting, but memories are forever.”

In honor of “The Witcher” series’ 10 year anniversary, developer CD Projekt Red released a new video showing the game’s many characters reuniting for Geralt’s birthday. Geralt reminisces about his days spent since the end of the third game, referencing the whereabouts of other characters before thanking players for their role in helping him throughout his life and adventures. The series ends with a heartfelt message to the series’ fans, thanking them for the memories shared.

It’s amazing to see how far this series has come in ten years. Originally seen as a quirkier member of the growing western RPG crowd, “The Witcher” grew into one of the power houses of the worldwide RPG market with superb story telling and one of the best examples of open world gameplay to date. Hats off to Projekt CD Red for the accomplishment, and to all their fans who made it possible.

Keenan McCall is a journalist and writer with a passion for animation. From video games to anime, anything that sets art in motion will get him talking and writing nonstop.
Previous Utawarerumono: Mask of Truth (PS4) Review
Next Miitopia (3DS) Review: Cruise Control