Sonic the Hedgehog is in for some pretty great months.

In just a few days, Sonic Mania is releasing. The love letter to old school Sonic games looks great on all fronts. With the hopeful release of a new classic so close to landing, I wanted to take a look at one of the best games to come out of the long-running and often troubled platforming series, Sonic the Hedgehog 2.

Sonic is and has always been about the speed. 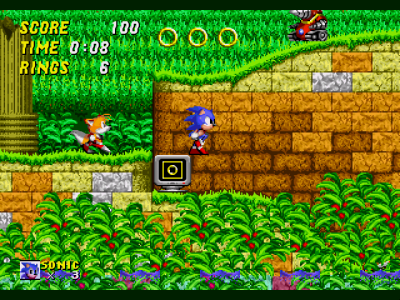 The games, Sonic 2 included, look like simple platformers on the surface. As you play more and more however, paths open up and you realize that there are a number of ways to complete levels. Sonic 2 refined this gameplay from the first Sonic title, and really sped up the game.

On the surface, players need to move through the levels to reach an end point. At the end of each world, the series antagonist Dr. Robotnik is waiting to fight Sonic with a mechanized vehicle of some manner. The premise isn’t novel or new, especially in 2017. The execution, however, remains fresh.

There is an exhilaration to moving seemlessly through these cartoon worlds and choosing your own path by jumping at just the right moment.

This isn’t all rainbows and sunshine though. Even with many hours logged into the game, it can be tricky taking certain paths on purpose. Sonic needs frantic speed to feel like Sonic, but due to the frantic nature of the game, this sometimes works against the flow.

Rolling Around at the Speed of Sound

Sonic is a pretty fast hedgehog boy, and as a result, the gameplay revolves around moving this blue blur through the world at breakneck speed.

This gameplay works on a curve. When you’re first learning to play the game and the layout of the levels, the speed can feel like a detriment. Too often, players will be running along, miss an important jump, and jarringly stop when they run into a wall.

As far as the platforming goes, the game works for the most part. There are no real zones that are too ambiguous in instructions. The challenges can all be met with a simple running and jumping in most cases. The player can also rev up in a ball to shoot off with huge acceleration. This option isn’t necessary, but still feels good.

The actual gameplay in Sonic 2 isn’t the main draw, but it is overall competent. There was no point in the game where I felt like controls were the reason I died. Levels are fairly designed, yet still rewarding to clear.

My biggest problem with the gameplay in Sonic 2 is actually in the bonus levels. These look incredible and are good fun, but after the first few, I have a very hard time controlling Sonic, let alone Tails in collecting rings.

For those who don’t know, Sonic and Tails are running in a halfpipe, avoiding mines and collecting rings. If the player doesn’t have enough rings at the checkpoint, he gets kicked from the bonus level and needs to try for the chaos emerald again. 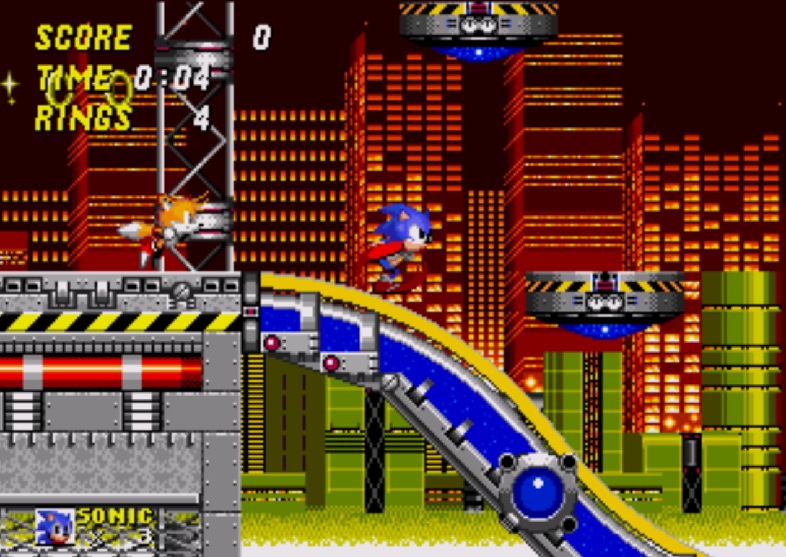 Jumping is sluggish and the player can’t see where mines are coming from. That makes these mini games frustrating. I have never collected all the chaos emeralds and unlocked the super hedgehog in Sonic 2.

One of Sonic 2’s biggest advantages are the game’s striking visuals and distinct environments.

Every “zone” in Sonic, as the worlds are known, is distinct. This is especially true in the early Sega Genesis games. No two zones share similar themes or feelings. The result is a number of highly individualistic worlds.

The music and sound effects are other huge parts of the success of Sonic 2’s presentation. Nearly all of the music in the game is iconic and remembered fondly to this day. Sound effects are sharp and distinct too, whether Sonic just got skewered by spiked or drowned to death.

Sonic 2 is a great platformer that still holds up to this day. The environments are sharp, music is memorable and sound effects poignant. Sonic runs quickly, and as long as you know the levels, they are a blast to traverse.

Sonic fares well in 2017, but the need to be familiar with the levels to make the most of the game puts undue pressure on first time players.

Erich was introduced to gaming by his grandfather before he could walk. Since then, he has grown up loving Nintendo and most games in general. He couples his love of videogames with journalism to cover news, provide reviews and tell it how it is in the gaming world.
Previous NBA Live 18 demo hits for Xbox One and PS4
Next August 16th Valiant Previews: Divinity and Secret Weapons