Pioneering a new reality: A profile of Serafina Pechan

Few people have the same eye and support for the potential of video games that Serafina Pechan has.

The co-founder and lead producer of World Fusion and more recently the Las Vegas based Alkaline Games, Pechan has spent over 25 years designing games and the tools to make them even better. When she isn’t working with her team to complete her company’s next title, she’s attending conferences and helping other developers bring their virtual brain children to life, further filling in the corners of the video game medium’s map.

It all stems from the same drive and interest she’s always found from the imagination and creation aspect surrounding games.

“It’s the immersive nature of being able to be transported into some other world that has always attracted me to games and virtual reality,” Pechan said.

Part of this comes from a life long love of games of all kinds, from card games and board games to early console games, nurtured by that love being shared with those around her.

“Every weekend, my grandparents would come over at home and we’d play games with them. My dad was a huge gamer. My siblings and I, we always played games. If we didn’t have a game to play, we made ‘em up,” Pechan said. “It was ubiquitous, it’s what we did.” 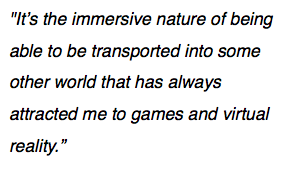 This passion didn’t translate into a career path, however, until the early ’90s. Working as a software tool developer with her boyfriend, she decided to try a PC game that he had been playing. The game was “Space Quest III,” and it drew her in like no other game had before.

Afterward, she learned that her boyfriend had developed a few of his own titles in his spare time and immediately wanted to do the same on a more professional level.

Not long after, the two switched the direction of the company to game development, naming themselves World Fusion. The company found a foothold as a third party developer, designing physics and 3D graphics engines as well as development tools. This change wasn’t always a smooth one, however, and came with its own set of challenges.

“One of the main challenges was that computer games were still seen as a niche, something geeky and nerdy that young boys did on their own. In reality, that’s not actually the case, but that was the perception on the outside, one of the stereo types that actually was not true. So fighting that stereotype was probably one of the more difficult things. For example, when I told people ‘I’m designing a game,’ there was a large group of people that would say ‘Well, when are you going to get into a real industry?’” Pechan said. “They would tell me ‘Games? Ugh, that’s just toys, that’s for kids, that’s not going to be anything big.’ And I would sit there and tell them ‘It’s going to be huge! Everyone’s going to be playing it, it’ll be mainstream. How can you not see this?’”

This stereotype persisted for years and impacted several facets of running the company, from funding and licensing to bringing in new talent. With time though, Pechan saw herself proven right as video games became a fixture of daily life and entertainment.

“There was an awareness shift that started happening in the 2000s, that games existed and they weren’t just something that people played in the background. Console games really started picking up in numbers and then it went to phones and now, people don’t really think of a lot of the apps that they have on their phones as games. But that’s exactly what they are, they’re games,” she said. 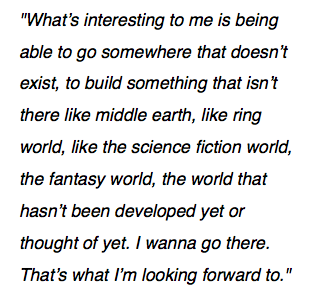 Now, Pechan is using her passion to help push video games forward through their newest frontier. Along with her original business partner from World Fusion games, she co-founded Alkaline Games and is currently working with her team on their first VR title. She’s more than happy to be joining the many developers working with the tech, and sees it as a resurgence of what got her into games in the first place.

“There’s just so many people doing it and it doesn’t matter that there are so many people doing it because there’s so much left to be done with it. There’s a ton of applications and a ton of ways to experience VR. I’m just so excited about all the stuff that’s coming up,” she said. “It feels exactly like it did in the ‘90s when we were starting something new, when we started game development and it was still new and not everybody was doing it. You didn’t know where it was going to go but you had an idea.”

“I want to build worlds that don’t exist,” she said. “What’s interesting to me is being able to go somewhere that doesn’t exist, to build something that isn’t there like middle earth, like ring world, like the science fiction world, the fantasy world, the world that hasn’t been developed yet or thought of yet. I wanna go there. That’s what I’m looking forward to.”

Those interested in learning more about Alkaline Games and their upcoming projects can visit their Facebook page at https://www.facebook.com/alkalinegames/.

Keenan McCall is a journalist and writer with a passion for animation. From video games to anime, anything that sets art in motion will get him talking and writing nonstop.
Previous FMV returns as the Night Trap re-release arrives today
Next NBA Live 18 demo hits for Xbox One and PS4