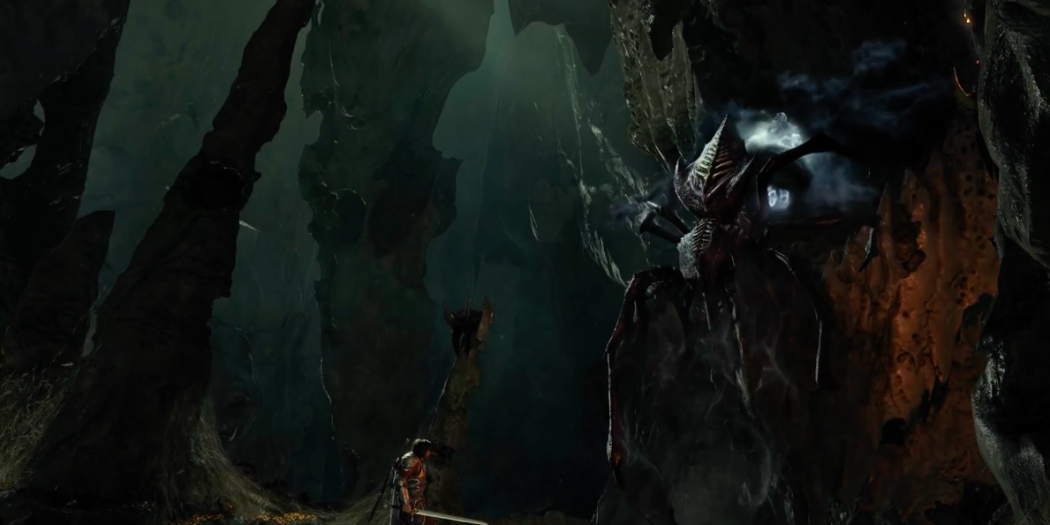 Shelob reveals the future in new Shadow of War trailer

The malevolent spider gives players a glimpse of what’s to come in a new trailer unveiled at San Diego Comic Con.

In a new “Shadow of War” trailer released by Warner Bros. July 21, the giant spider Shelob is revealed to be a key character who takes human form. Through clairvoyance, she reveals a coming siege against Mordor to Talion, forcing him to decide whether to trust her words or heed Celebrimbor’s warnings that she is no friend to them.

Players can meet the shapeshifting spider when the game releases October 10 for Playstation 4, Xbox One and PC.

Keenan McCall is a journalist and writer with a passion for animation. From video games to anime, anything that sets art in motion will get him talking and writing nonstop.
Previous Acting, Directing, & A Personal Journey: An Interview With Voice Actor Sam Riegel
Next Bandai Namco releases Ni No Kuni 2 E3 demo walkthrough