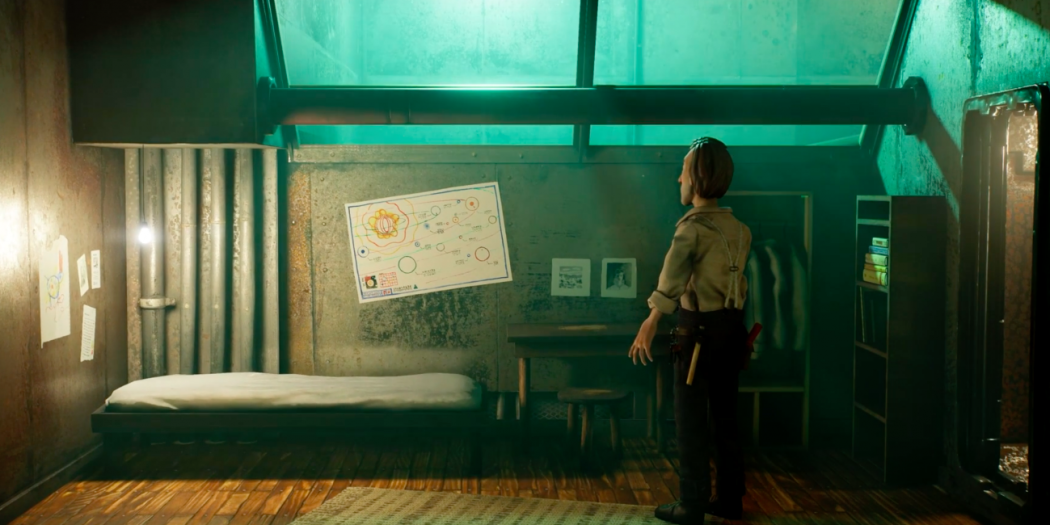 The hand made adventure game has received a new trailer, showing off the title’s underwater setting and stop motion art style.

In a new teaser trailer released by Slow Bros. July 19, the game’s setting is further detailed. Through a panning shot from a spaceship that has crashed underwater, the view pulls out to show an unknown universe before returning to a sketch made by the game’s protagonist, Herbert. The trailer ends with Herbert saying he wonders what life would have been like on Earth.

On the game’s website, the developers describe the game as a nautical adventure where players take the role of Harold, a young janitor aboard a space ship that has crashed on an unknown planet made up of water. When one of the ship’s lead scientists approaches him for help uncovering the possibility of relaunching the ship, they set off to discover how they can do so, shaking up the lives of the ship’s inhabitants in the process.

The game is currently raising money via Kickstarter, with the campaign set to end August 4.

It’s charming titles like this that make the Indie gaming scene worth keeping up with. Fingers crossed that Slow Bros. can make this project happen.

Keenan McCall is a journalist and writer with a passion for animation. From video games to anime, anything that sets art in motion will get him talking and writing nonstop.
Previous Bethesda makes all multiplayer DLC free, offers trail period with new Doom update 6.66
Next SDCC 2017: Take a break from the Con at Blizzard’s Tavern and Creamery