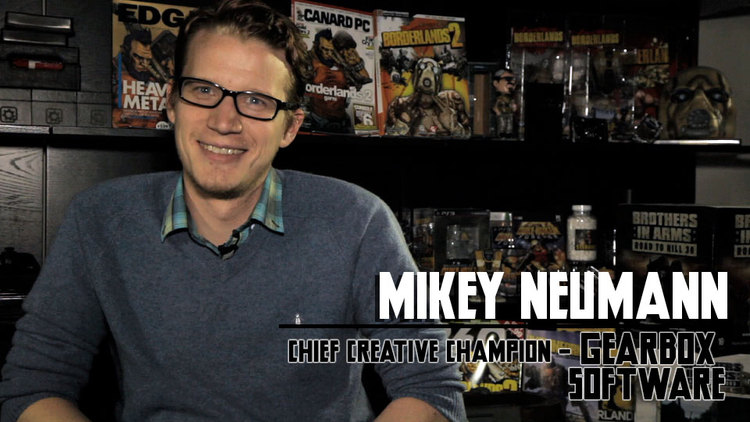 Due to health issues, long time member of the Gearbox development team Mikey Neumann has announced his departure from Gearbox.

In a statement made June 5, Neumann announced that he would be stepping down as Chief Creative Champion at the game development company. In a tweet, he said that he was no longer capable physically of doing the work anymore and that the split from the company was amicable. The announcement follows several months of health issues Neumann has faced since March.

Moving forward, he will shift his attention to “Movies with Mikey,” his personal Youtube channel. The channel has recently received growing attention and draws in over $6,000 a month through Patreon.

Mikey Neumann has long been a face and voice of Gearbox. It’s sad to see him leave, but hopefully he can take the time he needs to focus on his health.

Keenan McCall is a journalist and writer with a passion for animation. From video games to anime, anything that sets art in motion will get him talking and writing nonstop.
Previous SDCC 2017: Factory unveils Batman-centric exclusives for the Con
Next Brutally Honest Podcast 30: What’s With All These Waves?