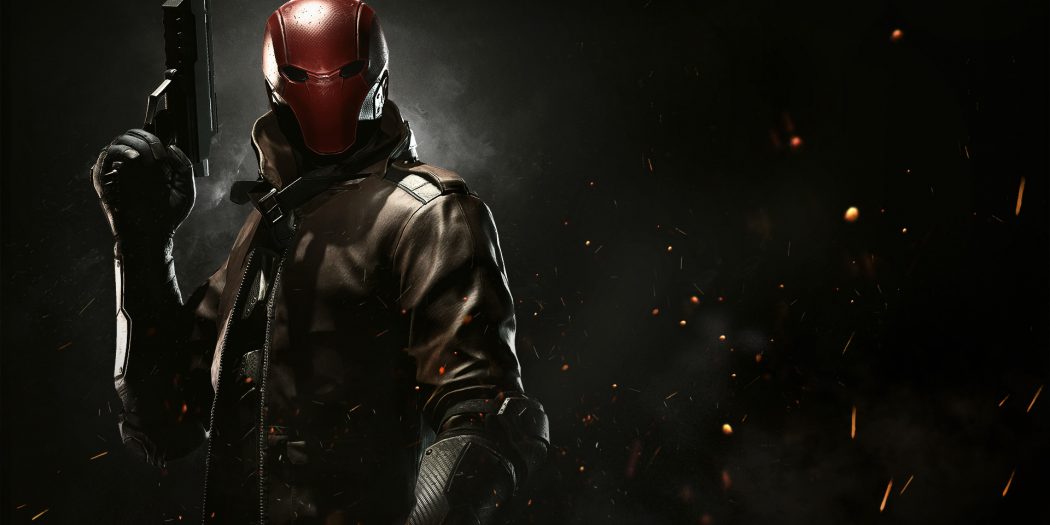 Jason Todd is back, and the Red Hood is officially a part of the Injustice universe. He’ll be a part of the first round of DLC characters, and yes, you can expect plenty of gunplay.

Making a splash just before the New 52 launched in DC Comics, the once dead second Robin mysteriously came back to life. And that was something since he was brutally beaten to death by Joker. It was a mystery. At the time anyway.

Since then, we’ve learned that Ra’s al Ghul had dunked Todd into one of his regenerative Lazarus Pits. Bringing him back to life, Ra’s trained him for years and unleashed him upon the Dark Knight. It wasn’t long of course, before he made amends with his former mentor and rejoined his fight against crime.

In Injustice 2, it looks like much of what makes the standard DCU Red Hood such a fan favorite is still intact. Though I’m sure his story will be somewhat different, since the Bat-Family is a little more fractured in that universe. As for gameplay, well he looks pretty fun with lots of blazing gun attacks.

So when will you get to add Todd to your copy of the game? June. That’s when he’ll hit as both a solo purchase, or as a part of the Fighter Pack #1. And of course, if you have one of the Deluxe Editions of the game, you already technically paid for him. You just have to wait for the release date to grab the download.

Jason's been knee deep in videogames since he was but a lad. Cutting his teeth on the pixely glory that was the Atari 2600, he's been hack'n'slashing and shoot'em'uping ever since. Mainly an FPS and action guy, Jason enjoys the occasional well crafted title from every genre.
@jason_tas
Previous SNK Classics have hit GOG.com for the PC
Next Factory Entertainment reveals STAR Labs SDCC exclusive