MOONFALL presents us with a little old and a little new. The 2D style brings the old, while the industrial gothic theme in hand-painted design brings the new. Let’s get into MOONFALL. 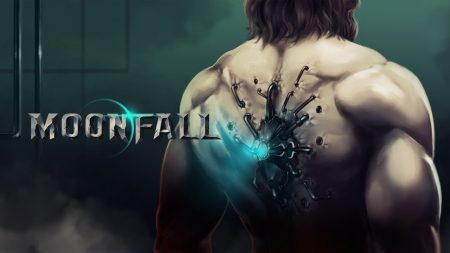 We received word of MOONFALL after the project got the Ggreenlight from Steam. 3 character classes, each vastly different. A Vanguard, Elemental Engineer and Shadow. Vanguard is your typical brute, warrior type. Elemental Engineer, taking the power of the weather into battle, and Shadow brinks up the rear in an evil assassin position.

Imagine the age of enlightenment never came. You still require a sword and shield or perhaps a wand and charms to get through your day. This is the start of Moonfall. Alchemy was the big industry. But there’s more to it than that…

I went with the Vanguard, because who can resist the ability of hack-n-slash through all nature of enemies. Early on I got my hands on a wicked mace that would deal 70% of my agility score, as damage. This put me ahead of the curve, and I loved it. Enemies attacking me for 15-20 points, while I was dealing over 50 at a time. I started to think something was wrong, until I tried a different setup, and learned the truth. 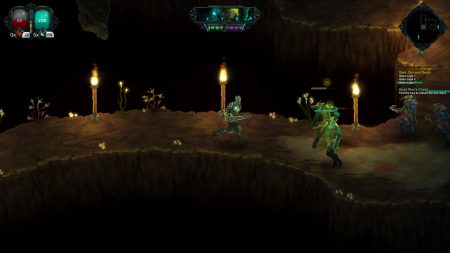 Now, as we all know in RPGs, there is a tendency to get caught up in the action of a game, and not pay a lot of attention to the story. I admit to falling victim to this for awhile. I had to go back and play catch-up with the story to learn about saving the empire, and paying attention to notes in the levels for tips of where to find characters I needed to save.

The team over at Fishcow Studio certainly knew how to have fun with the artistic style of Moonfall. Different armors and weapons were noticably different, visually. You could tell how your character was equipped just by looking at him. The enemies really required some creativity however. Everything from oversized trolls swinging trees at you, to un-named dog-men hurling gas grenades at you while the shamans cast spells beside them.
There were points in the game where things felt a bit simple, but the variety of who was coming at you certainly wasn’t where this was a problem. You can count on having at least three different mobs approaching you per screen for the majority of the game. I may have gotten lucky in the equipment early on, but I don’t think anyone would say this game is ‘too easy’: I’m pretty sure I still died eight or nine times in the time it took to reach level 15. 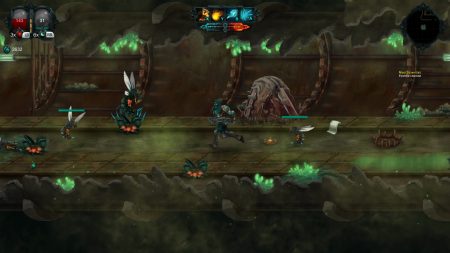 I got to level 15, and then I met with the goblin boss, who was no pushover. I must have died on this one scene 20 times, trying to determine what weapon and armor combo, in addition to what technique it was going to take, to bring this machination down. Once I was able to best the beast, I unlocked the gates, the NPCs I had been meeting in the hub emerged, and the story played out like this was only the beginning of a larger project. This left me feeling like I received only a demo version of the game, though at level 15, I would not expect this to be a demo at all. I’m hoping the future updates may be able to make this ending feel a bit more complete.

If you’re in the mood for a good beat-em up that has a great visual style, Moonfall is certainly worth it for the price. 15 levels of skull smashing (or spell casting) fun for $9.99, you can’t beat it. Available on PC today.

Dialogue was engaging, while concise. Focused on the action. - 78%

Who doesn't love the hand-painted love - 88%

This small Slovakian development team put together a great project here. The visual style alone has me ready to try out the remaining character classes. Check out Moonfall for yourself.

A fan of media on multiple platforms, I am always watching or playing something! Who knows what I will be on to next?
@mackeyp42
Previous Destiny 2 Gameplay Unveiled
Next Reservoir Dogs: Bloody Days Comes To PC