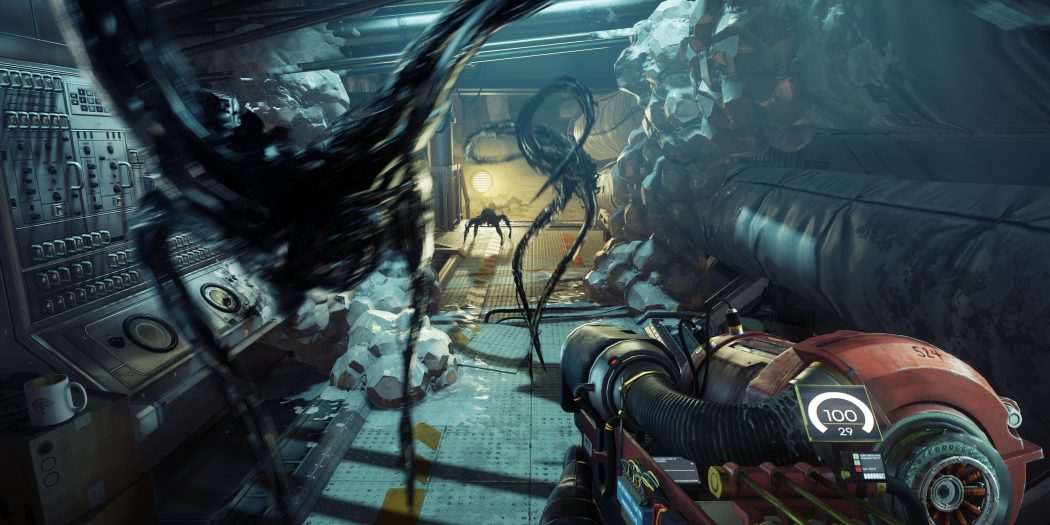 Prey dated, hitting this May

One of the most promising games of 2017 finally has an official launch date. You’ll be playing Prey in May.

A sequel, but not

Bethesda and Arkane Studio’s Prey is easily one of the biggest games of 2017. Looking like a cross between BioShock and Dishonored, Prey is an all-new FPS adventure. One set on a dying space station, overrun with hostile aliens.

What Prey isn’t though, is a followup to the original game. Released in 2006, the first Prey was like the new version in a way. By that, I mean it was was a science fiction shooter, like this one. It was a way more grotesque one from the looks of things however. Of course, it was also a really good one. Actually, it was one of the standout games from the early days of the Xbox 360/PS3 era.

After several scrapped sequels to that original title though, we’re getting an all-new, all-different version of the game. Actually, the only thing that’s the same is the title, as this Prey involves a different alien race threatening Earth, and a new player character.

And since it’s from the same studio that brought you both Dishonored games, I think it’s fair to say that it has a chance at greatness.

When you awaken aboard Talos I, an immense space station orbiting the moon in the year 2032, you find yourself as the key subject of an experiment meant to alter humanity forever – but things have gone terribly wrong. The space station has been overrun by hostile aliens and you are now being hunted. As you dig into the dark secrets of Talos I and your own past, you must survive using the tools found on the station, your wits, weapons, and mind-bending abilities to defeat the Typhon alien threat.

As you might imagine, there are some bonuses to be had for pre-ordering this one. According to Bethesda, those who make their reservations will be on the receiving end of one Cosmonaut Shotgun Pack.

That’ll get you access to main character Morgan Yu’s “family heirloom Margrave shotgun”. Though that’s not all. You’ll also get some much-needed tools to battle the shadowy baddies aboard Talos I. Three Neuromods will be yours in the pack, which you can make use of in acquiring new abilities.

Additionally, you’ll add “two Medkits, a Fabrication plan to create the Shotgun and Ammo, a starter kit for building tools and weapons, and a unique upgrade to help players preserve their limited resources.” So not too shabby overall.

As for when you’ll be able to do all this and finally play Prey, that magical day is May the 5th. So, pre-ordering?

Jason's been knee deep in videogames since he was but a lad. Cutting his teeth on the pixely glory that was the Atari 2600, he's been hack'n'slashing and shoot'em'uping ever since. Mainly an FPS and action guy, Jason enjoys the occasional well crafted title from every genre.
@jason_tas
Previous Racing goes (PS)VR with Moto Racer 4
Next Here’s the cover for issue 1 of Street Fighter vs Darkstalkers