The Nintendo eShop sees a crowded week for the first time in a long time as SNES games hit the New 3DS, the Wii U sees Yoshi’s Story, and 3DS port Hyrule Warriors Legends releases. 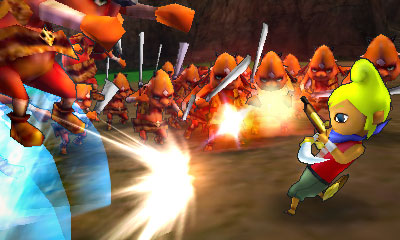 The Legend of Zelda’s spin-off Hyrule Warriors’ handheld port releases this week, and while it’s not recommended for the original 3DS, it is playable on all iterations of the hardware.  The new content will be transferable to the Wii U version, if you own both, so fans of Tetra and King Daphnes (and Windwaker in general) will be able to enjoy them in HD glory.  A new DLC season will also be available for the title, downloadable for both versions.

The New 3DS also sees Donkey Kong Country, Super Mario Kart, and EarthBound as part of the new SNES line-up for the system.  The Wii U VC, meanwhile, sees N64’s Yoshi’s Story, and players will be able to revisit the story-book world.  The Wii U also sees the release of Shantae: Risky’s Revenge- Director’s Cut, a remake that includes HD illustrations, a Magic Mode Costume, and a convenient sounding new Warp System. 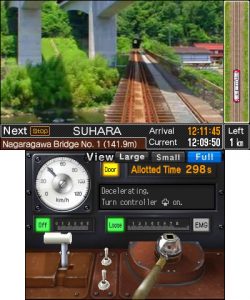 Brutal Gamer's Nintendo Editor began his gaming life a little late- at five years old. But he's made up for it in the two decades since, gaming and writing about gaming with the same passion, fervor, and unrelenting love as his five-year old self.
Previous Did a pic of the new Nintendo NX controller just leak out?
Next TriForce announces first XCOM replica – the Beam pistol