Microsoft’s Scalebound delayed to next year

It seems a little early for delaying a game into 2017, being that 2016 just started, but it looks like Scalebound is getting the nudge. 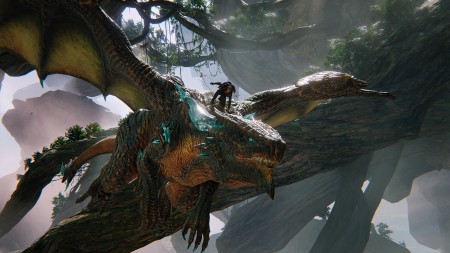 Developed by PlatinumGames, Scalebound looked pretty sharp when it was announced at E3 last year. Now with the studio saying that it’s “one of the biggest games” they’ve ever worked on, PG is looking at 2017 instead of some time this year as a launch window.

A studio rep went on to explain that they need more time in order to properly get the game across, and to “deliver on our ambitious vision”. While the group didn’t get too in-depth on what that means, they did say that they’re “proud” of the team working on the game, and promised “innovative features and thrilling gameplay experiences” when it finally does hit the Xbox One.

Jason's been knee deep in videogames since he was but a lad. Cutting his teeth on the pixely glory that was the Atari 2600, he's been hack'n'slashing and shoot'em'uping ever since. Mainly an FPS and action guy, Jason enjoys the occasional well crafted title from every genre.
@jason_tas
Previous Opinion – The Problem with Sandbox games.
Next BG Unboxed: We explore the last two Loot Crates of 2015