Opinion – The Problem with Sandbox games.

For christmas i got given Just Cause 3, a sandbox game set across a staggeringly big 400 square mile map. The game is insanely enjoyable, however after a few hours of playing it started to suffer from the same problems many other sandbox games before it have suffered from. In this article we are going to break down the problems of Sandbox games. 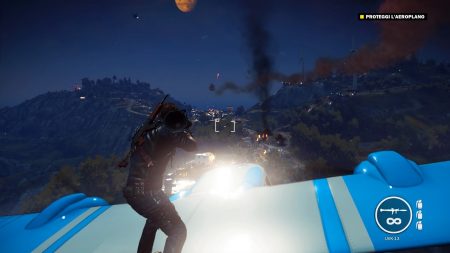 Now lets start with breaking down the meaning of the game genre. A Sandbox game is an open world games in which the player can move freely through the virtual world and is given complete freedom in how they choose to approach objectives.

Perhaps the most popular sandbox game is, yes you guessed it….MINECRAFT. Minecraft encompasses perfectly the essence of the sandbox genre. You can literally do anything you want, but this is because Minecraft is essentially more of a tool rather than a game. Its simplistic in its approach but its ridiculously in depth in the fact that the only limitation is your own imagination. Minecraft is essentially perfect. But lets not focus on the good, and instead lets pick apart the bad aspects of the game. Firstly its ridiculously time consuming, sure you have seen the creations on youtube such as a replica of Kings landing from Game of Thrones, Minis Tirith from Lord of the rings, and perhaps most impressive a fully working 16-bit computer. Rather impressive but still a huge amount of time went into this, for in my opinion little in the way of actual rewards be it in-game or real life. Minecraft also suffers from an overly complex crafting system which during my play through saw me referring to the Wiki page every few minutes in order to find out what ingredients go into several creations. This could be me being over picky but during my time with minecraft I go through stints, playing nothing but minecraft for a week or two and then not even booting the game up for another few weeks, or even months. 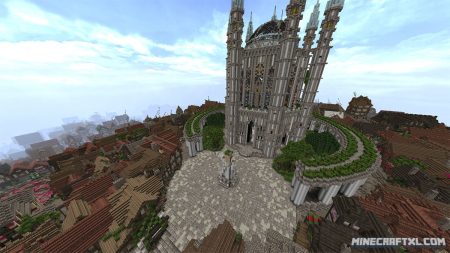 Next up is the Just Cause series. I vividly remember my first experience with Just Cause on the PS2. Flying across a tropical island, whilst attached to the back of a car with a grappling hook is one of my favourite gaming memories of the past generation.  Then came Just Cause 2 which upped the Ante, and saw you causing havoc on the island of Panau. This is arguably the best game in the series, the ante was upped, and it did really well. Blow up refineries with Helicopters, attach enemies to a gas canister and see the enemies soar through the air. It was often hilarious and you could always jump into the multiplayer mod. Just Cause 3 is out now for next generation consoles, and the game remains largely the same as its predecessor Blow things up, soar through the skies but this time you have a wing-suit.  This is where one of the problems comes in, its easier now to use the wing suit than it is to actually drive to locations, not the mentions the driving controls are absolutely horrible.

Just cause and the latest Far cry games suffer the same problem. Its exciting the first couple of times you take over an enemy camp, but then another new island opens and you are tasked with doings the same task again, and dare i say it it really becomes mundane. Its exciting the first time because you are quite weak and you have to plan your attack, but towards the latter part of these games you are so powerful you can just run in all guns blazing and not have to worry about dying. Towards the end of both of these games i found my self just grinding to get the game finished. Another problem encountered is replay value. Sometimes i like to play a game alot, leave it for a few weeks and then come back to it. With the just cause series and Far cry i did this and within an hour i was, dare i say it Bored of doing the same task. Its a shame, but how different can you make taking over 30+ bases in a game, and make each one unique? 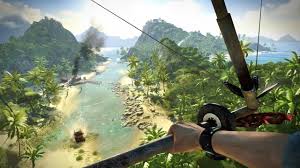 Now lets look at map sizes. All these games mentioned have staggeringly large maps. Just cause 3 for example is 4 times as big as that for GTAV. However bigger doesn’t always mean better. GTAV was staggeringly detailed, you could drive along the highway and find plenty to do along the way, whereas Just Cause has alot of empty spaces which to me tell you that it was big, simply for the sake of being big. GTAV was the perfect size when it comes to things to do and not get bored. 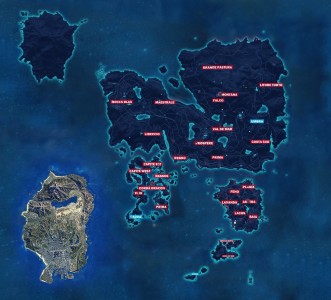 Far cry suffers from the same problem as Just Cause. Nice views and breathtaking scenery but not alot to do between missions, and simply a big map for the sake of it.

There you have it, thats my opinions on Sandbox games. How do you feel favour Sandbox games? Let me know @_JakeRogers 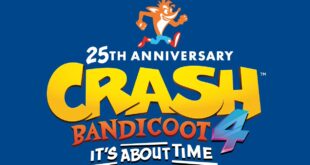