Home / 3DS / Nintendo Direct talks a little of everything, and a surprise Smash Bros challenger

Nintendo Direct talks a little of everything, and a surprise Smash Bros challenger

The first post-Iwata Nintendo Direct presentation wasn’t as eventful as Nintendo fans might’ve hoped, but it wasn’t all that bad either.

“There’s never been a better time to join in on the fun with Nintendo,” said Scott Moffitt, Nintendo of America’s Executive Vice President of Sales & Marketing. “From new experiences like Xenoblade Chronicles X that you can enjoy this year to re-imagined favorites like The Legend of Zelda and Pokémon coming in 2016, we have you covered with games you’re sure to love.”

And you know what? For the most part, Nintendo did have fans covered with some pretty nifty stuff. I have to say that I wasn’t all that blown away with what was shown off here, but let’s remember that the Wii U (and possibly the 3DS) are kinda-sorta on the way out to make room for Nintendo’s next console the NX. And with that in mind, well, there’s a ton and a half to like about what the company is doing with what it’s got right now, and what’s on the way. 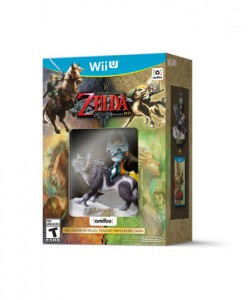 First off, let’s put this to bed right now; the next Legend of Zelda title is indeed coming to the Wii U and won’t be held till the NX debuts. That’s a rumor that’s bee flying around for a while, but Nintendo seemingly dismissed it tonight when Scott Moffit talked about the game.

There’s some pretty cool features planned too, in that the Wolf Link Amiibo will be able to interact with the upcoming action/adventure title. Apparently, you’ll be able to use Twilight Princess saved data with the game, which does present some interesting possibilities.

What’s that you say? Twilight Princess? How am I going to get TP saved data onto the Wii U? Simple- there’s an HD version of that title on the way to the Wii U in 2016 as well. We actually reported on the rumor a while back, and it turns out that it is in fact true. There’s double-barreled LoZ coming to Nintendo’s home console in 2016. And it won’t be just the remade game hitting the shelves either, as the aforementioned Wolf Link Amiibo will be there too, and so will a Midna Amiibo. Plenty to like there.

Past those two massive titles, Nintendo also talked about  two more juggernauts with Pokken Tournament (the Pokemon fighting game) and Star Fox Zero. I’m not a Pokemon fan, but I do love Star Fox and I’m going to go out on a limb and say that both of those are going to be huge when they land next year. And really, they’re even more reasons to hang onto your Wii U (or maybe look at trying to get one this Holiday).

As for the 3DS, well it’s going to be a Pokemon-tastic time for those who love the original Pokemon Blue, Red, and Yellow for the GameBoy as all three are back as Virtual Console titles. All three will support wireless 3DS play (for swappin’ Pokemon) and all three will be hitting on the same day – November 27th. You might remember that that’s the date that they all originally arrived for the GameBoy, so kind of a cool little nod to the past there.

Hyrule Warriors: Legends took the stage after that, and offered a few new exclusives that the Wii U version didn’t have. Hailing from the soggy land of the Wind Waker, Tetra, Toon Link, and the King of Hyrule will all be playable in the portable version of the game. On top of those three, you’ll also be able to play as the nefarious Skull Kid from Majora’s Mask, and Linkle…

Yes, Linkle. She’s a kind of female Link (I know you didn’t see that coming from the name or anything) and she comes to the game from a village that’s overrun with Cuccoos. While that might not sound all that great, she actually looks pretty cool with dual crossbows and a spin kick special attack.

From there, we move onto a pair of RPG’s that should make 3DS gamers happy – Fire Emblem Fates and Mario & Luigi: Paper Jam.

Fire Emblem Fates is looking like the biggest role-player to ever land on the console, with three full quests to its name. Fire Emblem Fates: Birthright and Fire Emblem Fates: Conquest represent two sides of one war, and when combined by playing through both, give you the total picture of the conflict at the center of the newest Fire Emblem adventure.

I did say three parts though, and that’s because there’s a third game that’s playable only if you play all the way through one of the two mentioned above. That game, subtitled Revelation, will show the story from a totally different perspective and will be downloadable only. Look for that down the road at some point, post-release.

A little less heavy and dramatic is Mario & Luigi: Paper Jam. In this new M&L title, the Bros team up with Paper Mario. Yes, apparently Paper Mario hails from a universe that’s not all that far away from the Mushroom Kingdom we all know and love and teams with the standard Mario & Luigi versions of the plumbers for a little Koopa-stomping.

The game looks terrific and presents a bunch of new elements into the series, as you’ll be able to use not only the traditional attacks that you’ve come to expect, but also the paper-based stuff that Paper Mario can pull off – and that includes squeezing through tight spots (he’s 2D remember?) and making papercraft war machines. Yes, that’s a thing that I just typed.

Final Fantasy was also present for the Nintendo handheld with Final Fantasy Explorers.Previously released in Japan, this western version of the game will feature all the DLC from that earlier release and let you dress your characters up as classic Final Fantasy characters from some of the biggest games in the series.

And much like with the Wii U, Mr. Moffit also ran down a few other 3DS titles like Pokemon Super Mystery Dungeon, the Nintendo Badge Arcade (which is out now), Pokemon Picross, and a pair of new Dragon Quest titles. 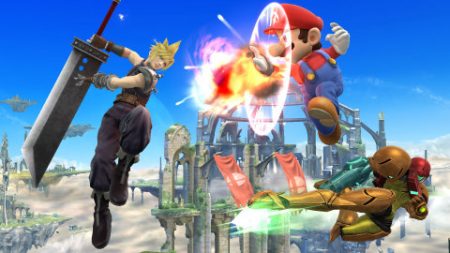 And after all that was said and done, and I do mean all that, we got one more thing to send us on our way and close out the latest Nintendo Direct – Cloud Strife from Final Fantasy VII is coming to Super Smash Bros. You read that right, one of the best-loved FF characters of all time will be fighting it out alongside Mario, Link, Samus and all the rest of the Smash Bros cast.

So those are the highlights from the presentation, but there was actually a ton more, so scroll on down to see the rest of the games shown off. It was a quality Nintendo Direct, and had plenty more content than I actually thought there’d be.

If you have a 3DS or Wii U (and especially if you’re an RPG fan), then you’ve got quite a bit to look forward to this Holiday season and well into 2016. Stay Tuned too, as there’s a special Smash Bros Nintendo Direct coming up next month in December. And we’ll also be bringing you a detailed report on that one – start wishing for your favorite new characters… NOW.

Wii U and Nintendo 3DS

Jason's been knee deep in videogames since he was but a lad. Cutting his teeth on the pixely glory that was the Atari 2600, he's been hack'n'slashing and shoot'em'uping ever since. Mainly an FPS and action guy, Jason enjoys the occasional well crafted title from every genre.
@jason_tas
Previous Get the Season Pass for Rainbow Six: Siege and get some neat perks
Next Assassins Creed Syndicate (PS4) Review