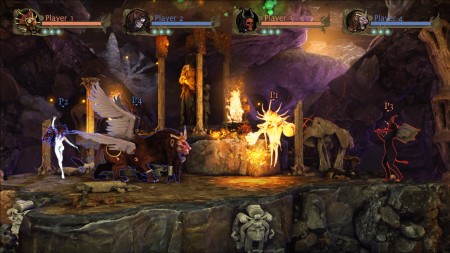 A couple of months ago, we at BrutalGamer reviewed Abyss Odyssey when it was released for the PC and we thought it was a great game, especially if you played it with friends. And now we are tasked with reviewing the same game but on a different platform, in this case the PlayStation 4.

Now bear in mind, as stated above, we are reviewing the same game so we will focus on the changes that came with the “Extended Dream” edition which is pretty much nothing significant. Also, the PS4 port comes from the Playstation 3 release from a couple of months back, mind you.

Visually speaking, the game looked good enough on the PS3, but the next generation’s luster gave the game an unnecessary but appreciated visual upgrade. The character models look better and they move even more fluidly than before, and the backgrounds are breathtaking. Remember too that this game is by an indie team, and accomplishing this level of visuals is an amazing act in itself – but expected of them because this is a re-release for a stronger generation of console. 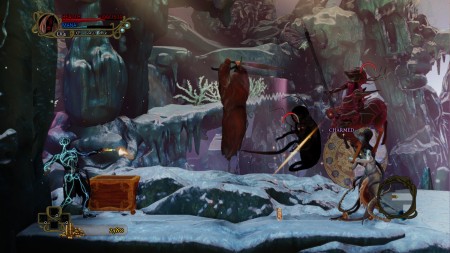 Unlike the looks, the music in the game is pretty much the same soundtrack from before and it comes without any noticeable change or upgrades. Now, I’m a music guy, I appreciate great soundtracks and orchestral pieces and I don’t ask for much but listening to the same songs that I listened to a year ago again and again is taxing and annoying.

Mind you, the music, as stated in our earlier review, is great and it blends well with the game, but a few changes here and there are always welcome. Maybe add a new track somewhere or change up the boss fight music? Nope, the game unfortunately fails to deliver on any of these fronts. So is the music good enough? It’s okay, but it doesn’t do us the service of bettering itself.

The controls, as we said before, would be better on a controller than on a keyboard but somehow the game screwed up something somewhere. The controls here feel clunky, are only somewhat responsive, and not at all as fluid as they feel with my Xbox Controller connected to my PC, back when I played the original release of Abyss Odyssey.

A firmware patch to fix the responsiveness of the controls should be released if the developers want to remedy this issue, because as of writing, I enjoyed the gameplay from the original release on thePC way more than the PS4 re-release. If that’s not lazy programming, I don’t know what is. 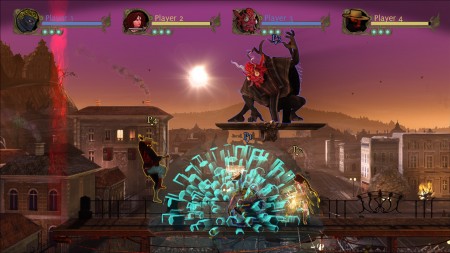 The bulk of the game remains the same as before, as Abyss Odyssey is a rogue like side-scroller wherein the player has a choice between 3 different characters with varying movesets. Are there any changes from the original release inn this category? No, not really. Now don’t get me wrong, I really like the Prince of Persia-esque gameplay and all, but I find myself irked by the lack of changes in the physics engine, which also somehow dipped in quality somewhere in translation.

I know, I know, I promised that we would talk about the changes that came with the re-release but alas, there are little to no changes, save for the upgraded multiplayer, to talk about. Yup, the multiplayer.

If any part of the original Abyss Odyssey translates well for the Eighth Generation Consoles, it’s the multiplayer. The Playstation Network works well with matching me up with players of similar skill and play styles, and there is little to no lag present. This gave me quite an enjoyable experience, playing with some other guy who enjoys bashing monsters and collecting gold as much as I do. If I have to give you one good reason to get this game save for our previous review, it would be this, the multiplayer. 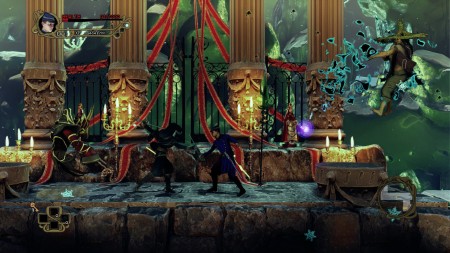 On a more positive note, they made little to no changes to the vastly under-appreciated story of the game, which for me means that the great storyline which made me want to play Abyss Odyssey a year ago is still present and it is still as engrossing as ever and is quite possibly the one saving grace that this “re-release” has.

At this point in the review, I find myself so disappointed with the lack of changes in the game that I am simply recommending the Extended Dream Edition (whatever that subtitle means) only to new players and to the hardcore fans, who’d stick with this game no matter what.

For a more comprehensive review of a superior version of Abyss Odyssey, kindly direct your attention to the review that I made for the same game almost a year ago. No irony intended, I promise.