Matthew Armstrong is officially taking his leave of the company, and the Borderlands series that he started. 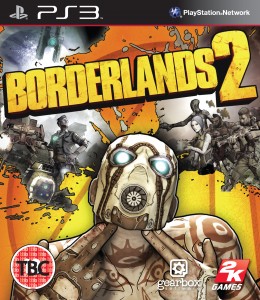 The FPS/RPG genre (is that a genre?) will never be the same. Matthew Armstrong brought the Borderlands series and the sub-genre that melded two of the most popular types of games together to gamers, and now he’s off to do something else. There’s reportedly no malice or bad feelings behind the move though.

Unlike with most of this stuff that you hear, Armstrong simply has the chance to go and do something completely different, and he’s taking it. And since the guy’s something of a visionary, it should be extremely interesting to see what he’s got on the hopper.

Where this leaves Borderlands itself is a little less definite, but you can expect the series to keep on trucking full bore. The games make a ton of cash after all, so it’s not like the titles will be coming to an end just because their creator is pursuing other projects. We’ll have more on whatever those new games might be as soon as there’s word, and you better believe that we’ll have any news on another Borderlands as soon as it hits the web.

Jason's been knee deep in videogames since he was but a lad. Cutting his teeth on the pixely glory that was the Atari 2600, he's been hack'n'slashing and shoot'em'uping ever since. Mainly an FPS and action guy, Jason enjoys the occasional well crafted title from every genre.
@jason_tas
Previous JAHAI debuts new video, streams some metal with new album
Next Marvel announces another new Star Wars title with Lando #1