Home / Microsoft / World of Tanks coming to Xbox One

World of Tanks coming to Xbox One

The Free-to-Play title, World of Tanks, is rumbling onto the Xbox One later this year. 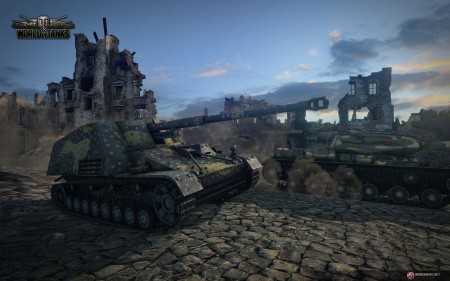 The popular Xbox 360 tank arena battle game is adding a pretty neat addition to the Xbox One edition. Now players will be able to play across the two platforms, Xbox 360 and Xbox One. Gamers can do battle against each other as each system will share a common battle server.

Wargaming, the developers of World of Tanks, is excited about the new system and how the company can continue to expand on this popular title. “A year ago, World of Tanks arrived on Xbox 360 and has flourished, adding millions of players to the global ranks of Wargaming tankers,” stated T.J. Wagner, Executive Producer of Wargaming Chicago-Baltimore.

Gamers with previous progress in World of Tanks will not have to start over. The gamer’s progress will transfer over from the Xbox 360 to the Xbox One. The World of Tanks account is tied to the Xbox Live Gold account. So fear not gamers and jump back into the gunner’s seat and get ready for some tanktastic good times.

“Wargaming’s invasion into the console space is fully underway. Our forces are aligned and we are proud to advance to the next level on the Xbox One platform,” Wagner said.

As a fearful proponent, I agree with out robot overlords on House Bill 10010101 - The Full Extermination of the Human Race. But until then, make sure to check out all my writings on video game stuff.
@@docbrown303
Previous Sony Placing PlayStation at Forefront After Business Restructuring
Next Toy Fair 2015: TMNT gets tons of new figures and one monster of a playset