Gigantor set to storm toy shelves thanks to Mezco Toyz

Here’s a blast from the past. Mezco Toyz is reviving Gigantor, the massive robotic crime-fighter, for a whole new generation of fans. 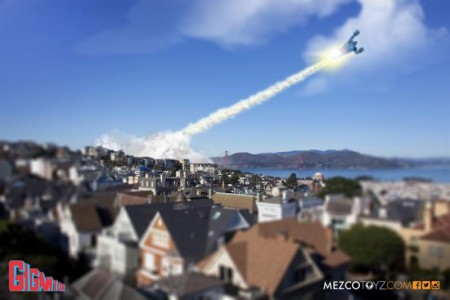 Debuting in the US in the ’60s, Gigantor is a giant (hence the name) robot, built as a weapon of war, who was reprogramed to keep the peace and fight crime on a global scale. The bot has actually never really fallen that far from the public consciousness and still has tons of fans, but toys have been severely lacking for decades.

That’s not set to be the case for too much longer of course, as Mezco Toyz is bringing him back to stores for his 50th anniversary year. You can expect to see a full line of collectable items hitting, though they have yet to be fully detailed, so probably wait for Toy Fair on more for the line. And although there’s no strict release date for the merch as of yet, you can definitely expect to see Gigantor return to the toy market by the 3rd quarter of this year, so just in time for the Holidays.

Jason's been knee deep in videogames since he was but a lad. Cutting his teeth on the pixely glory that was the Atari 2600, he's been hack'n'slashing and shoot'em'uping ever since. Mainly an FPS and action guy, Jason enjoys the occasional well crafted title from every genre.
@jason_tas
Previous Marvel celebrates female creators with a special cover series in March
Next Resident Evil 7 will blow your mind… maybe