The Nintendo Download brings more Castlevania to the eShop

Ready for another dose of classic Castlevania? Harmony of Dissonance arrives on the Shop along with some smaller releases and sale titles this week. 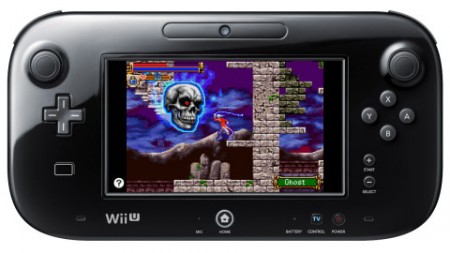 Not a ton of big names to toss about this week as to arrivals on the eShop for either the Wii U or the 3DS. What we do have though is a classic portable Castlevania in Harmony of Dissonance. One of the only latter Castlevania titles (front he original series, not Lords of Shadow) that actually put you in the shoes of a Belmont once again if I recall correctly.

Also worth mentioning is 50% off the price of Trine 2, which is a very solid title, and a sale on various Atlus properties on the 3DS- also worth a look if you’re a fan of the publisher and you’ve skipped over a few of their latest releases.

Jason's been knee deep in videogames since he was but a lad. Cutting his teeth on the pixely glory that was the Atari 2600, he's been hack'n'slashing and shoot'em'uping ever since. Mainly an FPS and action guy, Jason enjoys the occasional well crafted title from every genre.
@jason_tas
Previous Square Enix to develop Kingdom Hearts III on Unreal Engine 4
Next NYCC 2014: McFarlane Toys booth tour