Sony opened by expressing their desire to be the ‘future’ of the gaming world. So I suppose Destiny was a fitting opener, with the beta also launching via PlayStation first on the 17th of July. Destiny looked beautiful, this really looks like it’s going to be a must have for all PS4 owners. You can see for yourself here – Destiny Sony Trailer

Sony then revealed a new white PlayStation 4 that bundles with Destiny when the game ships on September 9th. No price was indicated on the white PS4.

The Order 1886 was Sony’s next big announcement. The trailer started by following a soldier ,of sorts, through a dark ally way and coming across some sort of zombie, that quickly turns into a werewolf. Yes, a werewolf. This was an exiting looking game but very little gameplay was shown an even that was questionable if it was true gameplay.

Then Sony took a u-turn from ‘Triple A’ titles and focused on a small origami style game that will be to some of Sony fans taste. Sony obviously have huge expectations from this small independent studio.

Some inFamous Second Sun stand-alone DLC was touched on before Little Big Planet 3 was thrown at us. The new feature we see in LBP3 is the introduction of 3 new characters, played awfully by the presenters. I mean AWFUL. Despite this, I was exited by what LPB3 has in store for fans this year. You can have a look at the characters here – Little Big Planet 3 Then the master appeared to an almost standing ovation, Shu is truly loved by the PlayStation community. Shu spoke about LPB3 for a brief while then revealed Bloodline, a very dark and gothic looking game by the Software studio again however, no gameplay or UI was seen.

The middle section of the conference was dissapointing to be frank. There was moments that caught my attention, like a reinvented and re-rendered Grim Fandango which caused a small ruckus amongst fans. But then it got bad and I mean bad. The highlight of the next 45 minutes was 25 ‘free-to-play’ games coming to PS4, I know, I shook my head too.

Then, for the first time, Sony turned it’s thoughts to PlayStation Now which launches, to open beta, in the US on July the first. No date set for the rest of the world so my fellow Brits need to wait. PlayStation TV is also coming to the US for $99 plus expense for a memory card.

Then the blockbusters started. The Last of Us Remastered is coming to PS4 on July 29th. Great news for PS4 owners that have switched from Xbox 360 as they have never experienced one of the greatest games ever made. 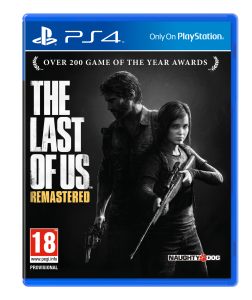 Then the first look at Batman Arkham Knight. This game is stunning, the draw distance  and graphical touches were immense. You really need to see it to experience how great it looked. – Batman Arkham Knight The stunning visuals were met with transforming the Batmobile into a tank like vehicle, which exited me. A lot. The main villian this time round looks to be Scarecrow so tanks may be needed.

Finally, the moment all PlayStation fans wanted. Uncharted 4 : A Thief”s End. It may have been CGI but I have no doubt in my mind the masters at Naughty Dog could create a game that looked that good. Just watch, you will understand – Uncharted 4 Trailer. This was the perfect way to end a ,slightly, long conference with such a great looking game. There was however no ‘Last Guardian’ which may have disappointed a large portion. But there is still time left in the year for an announcement. Sony still have a great platform and built upon it at this years E3, littered with games releasing from now till 2015 and the release of PS Now will fuel the next year for Sony. Greatness truly does await.

I don't know who you are. I don't know what you want. If you are looking for ransom, I can tell you I don't have bells. But what I do have are a very particular set of golden tools, golden tools that I have acquired over a very long career. Golden tools that make me a nightmare for people like you. If you give me back my golden roses now, that'll be the end of it. I will not look for you, I will not pursue you. But if you don't, I will look for you, I will find you, and I will kill you.
Previous E3 2014: LittleBigPlanet 3
Next E3 2014: Assassins Creed Unity Game-play Demo