Home / Android / GameStop to shift away from games, focus on phones and tablets

GameStop to shift away from games, focus on phones and tablets 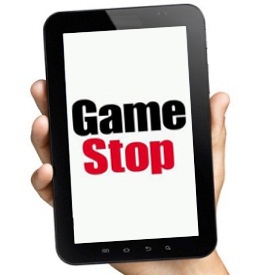 It might sound more than a little… off, but GameStop will indeed be turning away from its bread and butter in favor of mobile handsets in something that the company’s boss calls “GameStop 3.0”. Presumably, GameStop 2.0 was when they purchased and all but put out of business Electronics Boutique, but sour grapes aside (I liked EB), this is a big move that will shift the entire focus of the gaming giant in another direction.

CEO Paul Raines, according to Games Industry, says that the move is to associate the chain more closely with sections of the industry that are associated with gaming, rather than gaming itself. You can definitely expect the stories to still carry games though, that’s not what they’re saying here, just look for an explosion of its phone and tablet business that they already have taking up space in-store.

On a related note, some 120 or so stores are currently slated to close with a whole mess of mobile-only shops set to open across the Spring Mobile, Simply Mac, and Cricket shop lines. Since we don’t have a single one of those stores in the NY area (at least, I don’t think we do), I haven’t the foggiest what that means. Raines does mention though, that the retailer is fast becoming a destination for AT&T’s wireless business and currently ranks number 3 in the US. Interesting how that happened.

Jason's been knee deep in videogames since he was but a lad. Cutting his teeth on the pixely glory that was the Atari 2600, he's been hack'n'slashing and shoot'em'uping ever since. Mainly an FPS and action guy, Jason enjoys the occasional well crafted title from every genre.
@jason_tas
Previous Cape Crow sets his sights on Elektra in issue #2 of her new ongoing
Next Castlevania (NES) Retro Review