It might barely be Springtime, but Diamond Select Toys is already looking forward to the Summer and Autumnal seasons with some awesome stuff based on the Ninja Turtles, Marvel and DC properties and more. 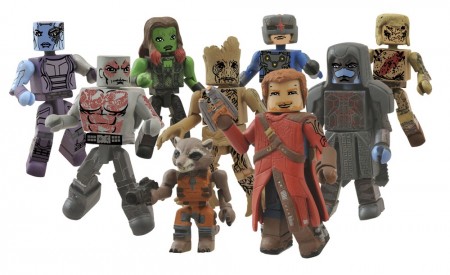 Fresh from the newest issue of mega-comics catalog Previews (which you can find in comic shops right now), comes DST’s newest lineup of cool stuff to add onto your collection. There’s a pretty wide selection of goodies to be had on this list, and there’s actually plenty that we saw at Toy Fair that’s still laying in wait for official announcements, so get out your calendars and start figuring where you’ll be spending your cash.

For the record, I think that Batman ’66 silicon tray, the Guardians of the Galaxy Minimates, and the Van Helsing addition to the classic monsters series are can’t miss items. Maybe that Van Helsing above all- I mean, when’s the last time you saw a Van Helsing figure?

Here’s your complete listing of what’s officially on the way for the second and third quarters of 2014:

Jason's been knee deep in videogames since he was but a lad. Cutting his teeth on the pixely glory that was the Atari 2600, he's been hack'n'slashing and shoot'em'uping ever since. Mainly an FPS and action guy, Jason enjoys the occasional well crafted title from every genre.
@jason_tas
Previous Super Smash Bros Nintendo Direct
Next The Elder Scrolls Online goes to Craglorn for its first post-launch content