If you’re tired of the same old boring, broken, fun-lacking formula used to make 4x strategy games, be  energized! There’s a new breed of 4x strategy game on the horizon called.. Horizon… yeah that was a bad joke. 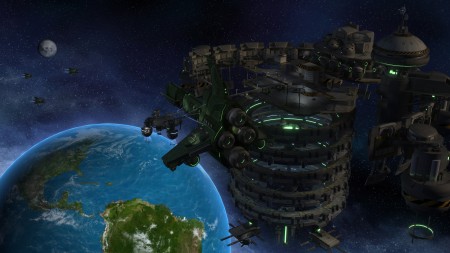 Horizon suffers from very few things, but the most prominent is a lack of aesthetic polish. The visuals look borrowed from early 90’s fmv’s (even Final Fantasy 7 had better quality), and the 3D art is pretty stiff looking. The voice acting is also pretty horrendous; I had a police visit about disturbing the peace, and I was wearing headphones at the time too.  It’s like watching the 5th Element. It’s so cheesy, so bad. But the core reason why you’re there is to be entertained, and damn does this game do that in spades.

The gameplay has just enough depth in terms of economy and empire expansion to be interesting and require countless hours of planning and theorycrafting (which I love), and yet it’s simple enough that once  you understand what you want out of each new base expansion, it becomes a case of set it and forget it, leaving you to focus on what really matters: the combat and exploration.

Combat in Horizon is an interesting affair: turn-based tactical combat that feels reminiscent of Exile (remember that game? Neither does anyone else), which is both a blessing and a curse. The turn-based aspect works well, giving you a greater degree of tactical control in terms of ship orientation and placement, but it’s marred by one of the other prominent issues: EVERYTHING is turn-based. 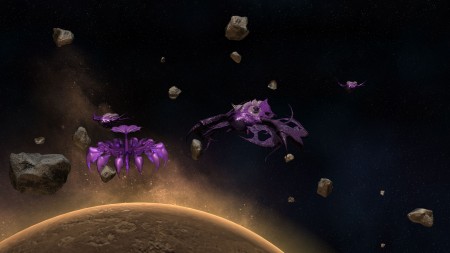 That even includes ship movements from other planets, which you have to manually set a destination for in the middle of battle (unless I’m a complete moron and missed the giant flashing button that automates out-of-combat ship movements during combat). It’s not terrible, but it is terribly annoying sometimes, especially if the out-of-combat ships are super far away (like another remote solar system).

Exploration is a huge part of Horizon, and probably one of the more in-depth mechanics in the game. You’re able to explore distant planets, solar systems, even galaxies (eventually). As you explore, you’ll encounter other space-faring races with their own take on the genocidal war. Some will offer helpful advice, while others will attack you. Generally, the ones who attack you are quickly demolished with a round or 12 of combat.

Early on, I encountered an alien who told me I could continue or not, he wouldn’t try to sway me either way. Oh, and that he was going to watch me. After waiting for him to say something else to make his statement less horrifyingly stalker-ish, I proceeded to journey onward…into the maw of a giant psychotic alien booger floating in space that seemed to have impenetrable booger shields. This sucker just sat there, pewing lasers at all of my ships. It finally took going near the game-over poverty line and several hundred years of turn clicking to create an arsenal of nuke cruisers to waste him.

At this point, I hit the red line, and the game ended because of my poor fiscal decisions. Should I have paid more attention to my economy, and sent more colonizer ships to create some outposts on distant worlds? Absolutely. Were there sexy aliens that needed my ‘Shatner’? Maybe.  Probably not. But does this game have loads of fun in it, and did I replay immediately? You bet your space-faring alien colons I did! It’s one of those games that has such intriguing bits to it that you keep going back, wanting more.

The ship customization alone had me in it’s grasp for hours; I had finally outfitted everything just the way I liked it when I finally realized you can change not just the amount of ammo/quality of laser, but also how many simultaneous shots can be fired per weapon. This caused a rift in the space-time continuum, and I have since spent more hours and gone back in time to repeat those hours, fine tuning my ships even further.

Theres a lot of little things that take Horizon from a fun game with bad graphics, and make it something unique and special (and it’s not a helmet with velcro). The woman on facebook in the opening cinematic was pretty clever; some of the written script is clever, and the attention to detail with the planet colonization is pretty intense.

Did I mention the voice acting is like listening to a french political radio show about the opulence of the roaring 20’s in America. Dry, sounds awful and no one cares. The gameplay is a lot of fun, in SPITE of the really bad tutorials. Too much explanation and too many words. Context-senstitive popups shown AT the next step would be far more beneficial than a screen of instructions, forcing me to hunt for key-words on my screen. I want to play guys, not read a novel and go pixel-hunting. 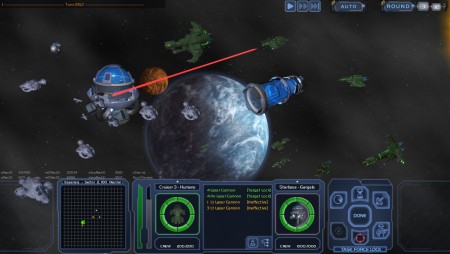 In the end, it’s not as unnecessarily complicated as the usual fare in the genre, and there’s enough depth to keep me glued to my chair for hours. If you can get past having to scratch your eyes out to tolerate the visuals, this is a definite pickup.

From the frigid wasteland of Canada, Dan has been writing since the early years, when a blank piece of parchment meant a whole world was waiting for him to discover it at the tip of his quill. Then he grew up and realized he could never be like Harry Potter, so he turned to video games instead. He's now a fledgling Game Designer, working hard to make his mark on the industry. In his off-hours, he likes to scorn people who like long walks on the beach. Too much sand.
Previous The Warlord revealed in Age of Wonders III
Next First look at the new TMNT film arrives