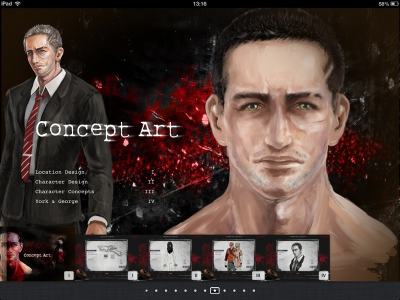 One of the strangest and maybe most creative games you’re going to find on consoles (and soon on PC) is no doubt Deadly Premonition. That’s true in either of the game’s forms, but especially so for the Director’s Cut edition that just hit the PS3 and is on the way to the PC for the end of the month.

The ebook that just arrived on the iBookstore for iPad is a direct portal into all the strangeness that is the game, it’s fictional Twin Peaks-like town and creator Swery65.

Deadly Premonition: The Director’s Cut: The Official Visual Companion is available now on the iBookstore for iPad, you can grab a copy for yourself here.

Jason's been knee deep in videogames since he was but a lad. Cutting his teeth on the pixely glory that was the Atari 2600, he's been hack'n'slashing and shoot'em'uping ever since. Mainly an FPS and action guy, Jason enjoys the occasional well crafted title from every genre.
@jason_tas
Previous Atlus-o-Weenie is neigh! Break out the cosplay
Next Carmagedon 2 hits GOG.com