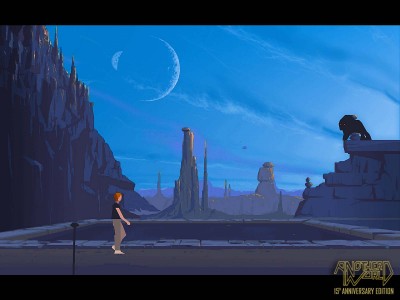 It was Flashback that happened to be the first console game that truly got its claws into me. I can still vividly recall sneaking downstairs on a Sunday morning long before the rest of the household was awake, hooking up the Mega Drive to the ‘big TV’ and making my way through what I believed to be a true masterpiece. Yes there were Commodore 64 titles that had me addicted years before. The likes of Football Manager, Buggy Boy, Great Giana Sisters, and Hacker gave my first handful of gaming years a healthy start, but Flashback was the first that truly gripped me. It seemed to me at that tender age that this was what games should be. It had story, excitement, and intrigue. It had a true atmosphere.

It’s odd, then, that it took me a long time to get around to spending a healthy amount of time with Another World. I’d played it towards the end of my Mega Drive filled days, but never finished it. It wasn’t until recently that I sat down and set aside the best part of a day to experience all that this wondrous title can offer. And you know what? I still believe that this – along with the very similar Flashback – is what gaming should be about.

Another World – titled Out Of This World in North America – has no real direct relation to Flashback. Although both games do share a lot in common in terms of aesthetics and gameplay, Flashback is in no way a sequel. A true sequel titled Heart of the Alien did appear on Sega’s ill-fated Mega CD, tasking the user with taking control of the friendly alien that co-starred in the first title, but it proved to be a major flop. Certainly not helped by a blatantly poorer standard of quality throughout.

Another World began with an incredibly atmospheric scene. A botched scientific experiment causes your young physicist protagonist to be transported to an alien universe. It was an opening that even by today’s standards can stand tall as one of the greatest examples of opening sequence found within gaming anywhere. It not only sets the scene perfectly, but immediately drew you deep into the screen, grabbing you by the lapels and not allowing you to even glance away from the television for fear of missing some of the gorgeous action. 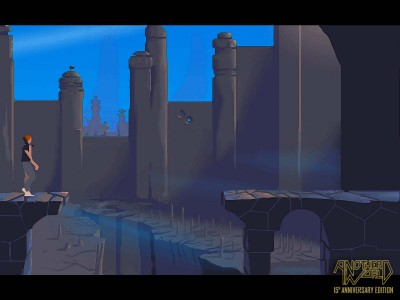 Like Prince of Persia, Another World made excellent use of rotoscoping techniques. Although this could cause frustration with pixel perfect leaps consistently required, and perhaps a lack of immediacy to the control of your character, there’s little doubt that it caused Another World to stand out as one of the better looking games of the time. Not only that, but it helped give the game a sense of pace and precision that modern day titles continuously ignore in favour of hand holding.

The opening bout of gameplay – with a weaponless character exploring an alien world and attempting to survive despite its multiple dangers – these days feels the complete antithesis to modern gaming. There’s no tutorial, nor a simple opening section to come to terms with the control system. Death can be triggered almost instantly, with pixel perfect leaps needing to be timed to perfection to avoid the tiny aliens ready to bring a swift end to your exploration of this brand new and colourful world. 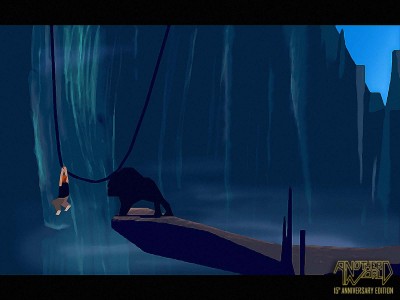 You soon make an alien chum, and what proceeds is screen after screen of exciting exploration and action. The initial unwieldy controls become not only important to the games overall sense of style, but eventually start to feel like an extension of yourself. There’s even a sense of Mirror’s Edge in its platforming style with leaps, rolls, and hectic sprints becoming second nature.

Combine that with a lack of energy meters, health bars, power ups, special moves, and no conveniently dropped batches of information to inform and expand, and this proves that games truly can offer a cinematic experience. There’s no need for tape recorders to be continuously stumbled upon to give a sense of what’s happening in the game world. Some excellent design can manage all that with barely a line of text witnessed.

Probably one of the most important facets in Another World’s armoury is its choice to not outstay its welcome. Manage to avoid too many untimely deaths and you’ll also manage to rush through to the satisfying conclusion in little more than 2 and a half hours. It’s cinematic gameplay at its best all along the way, with no ‘filler’ bouts of gameplay to annoy and irritate. It’s pure genius from start to finish.

If you’ve got a few hours to spare, can withstand a true test of your gaming prowess, and want to witness what is still one of the greatest looking examples of masterful 2D action adventure gaming, give Another World a shot. Perhaps not everyone will be able to forgive its shortcomings and high standards of difficulty – if your early gaming memories are playing the likes of Uncharted then don’t even bother – but it deserves your attention nevertheles

Chris might have finally reached the age where he really should be starting to 'grow up' but that still doesn't prevent his expansive video game collection from continuing to grow. (Un)Luckily he quite likes to write about them too.
Previous Symphony of the Goddesses heads to Seattle
Next Nintendo outlines Holiday lineup and price changes