Rockstar has sent along a look at some of what fans can expect from the Special and Collector’s editions of the upcoming crime epic- Grand Theft Auto V. 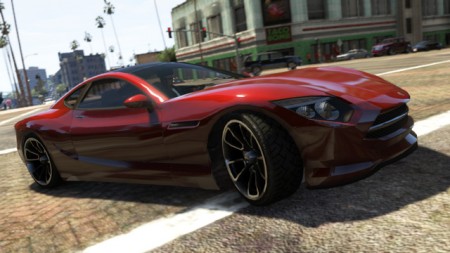 Still available for preorder (as of this writing anyway) from retailers everywhere are the Special and Collector’s editions of Rockstar Games’ GTA5. The packs have some pretty great upgrades over the plain old vanilla edition of the game too, with everything from clothing to weapons and vehicles in them that you won’t find on the streets of Los Santos normally.

Here’s what’s included (unless marked, the add-on is available in either the Special or Collector’s version):

Regardless of which version you’ve chosen, your local Ammu-Nation will always be stocked with a pair of special firearms at no additional cost that also have their own unique customization options, skins and attachments – the .50 Caliber Pistol and the Bullpup Shotgun. You’ll also have access to the Hammer, which acts as a brutal melee weapon. 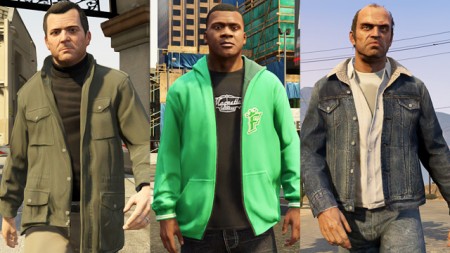 When visiting any shops around Los Santos and Blaine County, Michael, Franklin and Trevor will receive a special 20% discount along with access to special items either in their personal wardrobes or from stores. Each character will receive 1 outfit each, one article of clothing (shirt, hoodie and jacket) each, a special haircut, facial hair look and tattoo.

GTA Online introduces a new spin on traditional character creation with the hereditary-based creation system. Select your character’s appearance by choosing your parent’s heritage, then use the gene dominance meter to dial-in which parent your appearance favors more. Additionally, you’ll customize your character’s daily activities – everything from family time to illegal work and sports to couch potato hours all have an impact on your character’s appearance and skill set (and you can always rank up your skill stats more via gameplay). As part of the Collector’s Edition package, you’ll get Niko Bellic, along with both Claude and Misty from Grand Theft Auto III to use as parent options within the character creation system.

Take in Los Santos and Blaine County at breakneck speeds in the Grand Theft Auto V Stunt Plane Trials. In five thrilling and unique challenges, you’ll zip through mountains, deserts, oceans, and cities as you navigate through a maze of checkpoints, each placed to push your Stunt Plane to the limit. Completing each Trial will improve the piloting skill of your character. Compare your times with friends and vie for the top spot on the leaderboard. 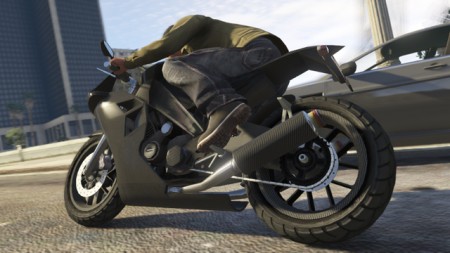 The Collector’s Edition also features an exclusive garage to store custom vehicles, that comes stocked with the CarbonRS sports bike and the Hotknife – an open frame 1930’s style hotrod. In Grand Theft Auto Online your garage and the high-end Khamelion electric car, which is specific to GTA Online, are both purchased through in-game websites accessed through your Online character’s cell phone.

Not too shabby right there, and I love that stylish denim jacket. Perfect for a casual B&E or a day at the mall… There’s actually a lot of cool additions for GTA Online in there as well like the Niko Bellic and Claude and Misty characters in the character creation feature. Cool stuff and a great nod to longtime fans.

If you want in on these cool extras though, you’re going to have to act fast- Grand Theft Auto V arrives on retail shelves for the Xbox 360 and PS3 on September 17th.

Jason's been knee deep in videogames since he was but a lad. Cutting his teeth on the pixely glory that was the Atari 2600, he's been hack'n'slashing and shoot'em'uping ever since. Mainly an FPS and action guy, Jason enjoys the occasional well crafted title from every genre.
@jason_tas
Previous Tangram Style (3Ds) Review
Next Marvel preps Muppets Omnibus for release