Tecmo Koei has announced that Dead or Alive 5 Ultimate will have three pre-order bonuses available in Europe. 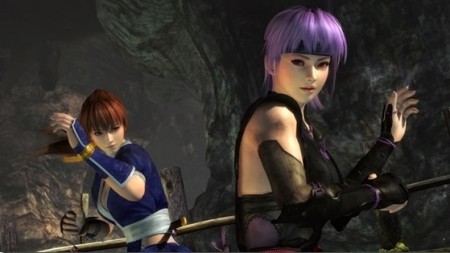 The EU video game retailer Game is offering a colorful pack and costumes for Mila, Kokoro, Hitomi and Leifang. Amazon‘s pre-order bonus includes two costumes for Kasumi and Ayane. In addition, it will also have costumes for Tina, Helena, Christie, and Lisa. CenterSoft Group will have newcomers such as Mojimi and Rachel.

The latest edition of Dead or Alive will have plenty of features previously added to the series via Dead or Alive 5 Plus. Move details plus and tutorial mode make a return, along with combo challenge. Changes to the game include tag mode being balanced for more competitive play, and a move called “Force Out” which draws the tagged character out in place of the current one.

Dead or Alive 5 Ultimate is set to be released September 13th for PlayStation 3, Xbox 360, and Arcade this winter.

Well, my name's Christopher Deleanides as you all know and I'm the Nintendo Editor here at BG. I've been playing video games since 1992, and I've been a Nintendo fan the entirety of those years. My love for video games as well as Nintendo hasn't changed, and probably never will. The only thing that comes close is politics, as I'm very deeply involved in both local and international issues.
Previous Feature: Franchises Killing Originality In Mainstream Gaming
Next Deals: Buy and register SMT IV and Fire Emblem Awakening, get $30 eShop credit